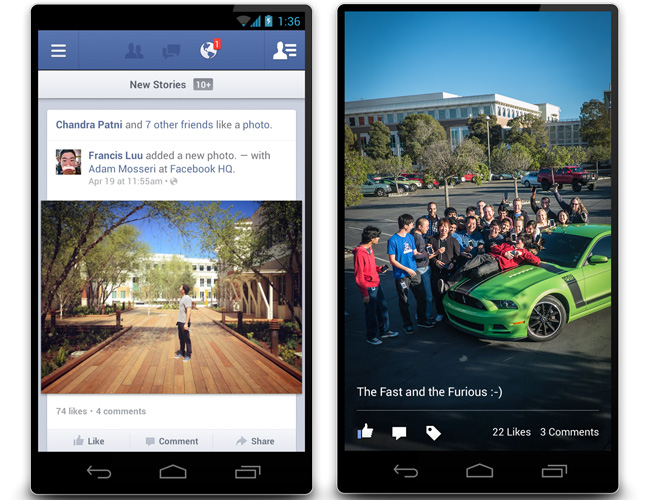 Facebook has finally released a rebuilt Android application that ditches HTML5 and embraces native code, leading to a much snappier performance for reading updates, looking at photos, and checking your Timeline.

The biggest problem with Facebook’s mobile apps for quite some time had been speed. Because it built the apps with reliance on HTML5, the apps took forever to load updates and photos. Facebook corrected that mistake on its rebuilt iOS app in August, and now it has finally rectified the mistake on Android.

The Android app update will be available later today in the Google Play Store.

Take a look at the photos below for more looks at Facebook for Android.