While Facebook’s focus has been on users in developed markets, those in emerging markets are perhaps just as important to its future.

The company announced yesterday that each month 100 million people are using Facebook For Every Phone, its app for feature phones that launched in July 2011. 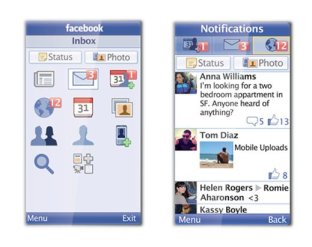 Above: Facebook for Every Phone is a powerful, if slightly less flashy, alternative to Facebook’s regular app.

Much of the user growth comes from developing markets like India, Indonesia, and the Philippines, which are full of people who want to be able to use Facebook but can’t afford more advanced smartphones.

Facebook growth manager (yes, it has one of those) Ran Makavy doesn’t understate the importance of the milestone.

“Facebook’s mission is to make the world more open and connected, and Facebook For Every Phone enables people around the globe to connect to the people and things they care about most, no matter what kind of mobile device they use,” he wrote on Sunday.

Facebook, of course, isn’t alone in its efforts. Earlier this month Foursquare introduced a new app built for Nokia’s Series 40 phones, which are used by millions of people across the globe. Twitter also recently optimized its site for visitors with less advanced devices.