Facebook has continued its practice of spinning off apps from its core product with the launch of a standalone Events service. Available only for iOS devices currently, this app is a dedicated place to find nearby things to do and what your friends are up to.

The experience of using the Events app is somewhat similar to the one on Facebook. You can browse event recommendations based on time, location, and your interests; find interesting events around you or in other places using an interactive map; or even scout out future events using a handy search tool. The app also provides a simplified view that shows only events, not mixing them in with videos, status updates, ads, and other social posts. 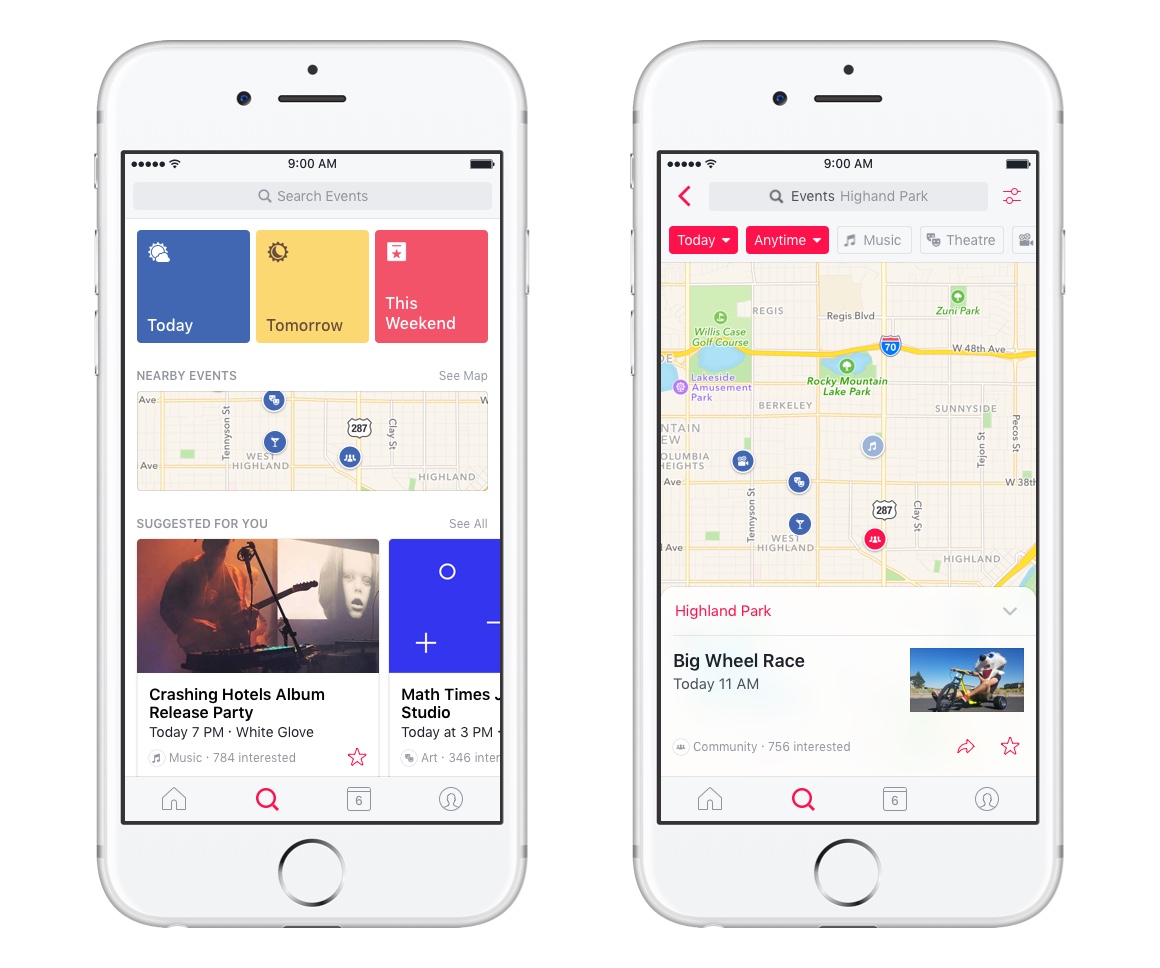 Events also lets you add the calendar from your phone into the app to consolidate your schedule in one place. However, it doesn’t look like Facebook intends to become your de facto calendar app, but rather to supplement it and present a combined view of daily social activities from both Facebook and other sources.

Actions that are taken within Events are reflected on Facebook, so you won’t have to worry about information not being shared between the apps.

More than 100 million people a day use Facebook to look for things to do, so there’s definitely an audience for Events. The goal is to eliminate FOMO, or “fear of missing out.” Launching a standalone app isn’t something Facebook tends to do lightly, though. After all, it took a while before Messenger and Groups debuted as their own apps.

During a town hall Q&A in 2014, Facebook chief executive Mark Zuckerberg explained why Messenger was broken out, and this argument can be applied to all the company’s other main apps:

Asking folks to install another app is a short-term painful thing, but if we wanted to focus on serving this [use case] well, we had to build a dedicated and focused experience. We build for the whole community. Why wouldn’t we let people choose to install the app on their own at their own pace? The reason is that what we’re trying to do is build a service that’s good for everyone. Because Messenger is faster and more focused, if you’re using it, you respond to messages faster, we’ve found. If your friends are slower to respond, we might not have been able to meet up.

As with Messenger and other Facebook properties, it’s possible that you won’t have to worry about ads appearing in the Events app for some time. The company is interested in seeing if there’s enough traction to become yet another Facebook-owned app to hit 1 billion users, joining WhatsApp, Messenger, and Facebook itself.

Although this is a significant update for Events, it’s certainly not the first time the social networking company has made efforts to improve discovery. It has implemented features like Popular Nearby and Popular in your Network to entice you to find interesting activities. For instance, right now my event list highlights events happening in San Francisco, birthdays, suggestions based on Facebook’s algorithm, and more. But on mobile this section appeared buried. Now it’s being pushed to the limelight as a standalone app, which makes sense — if you’re on the go, you might want quick access to what’s going on and which of your friends will be there. That’s the goal of Facebook Events.

Even though Events is only available for iOS now, an Android version is said to be “coming soon.”