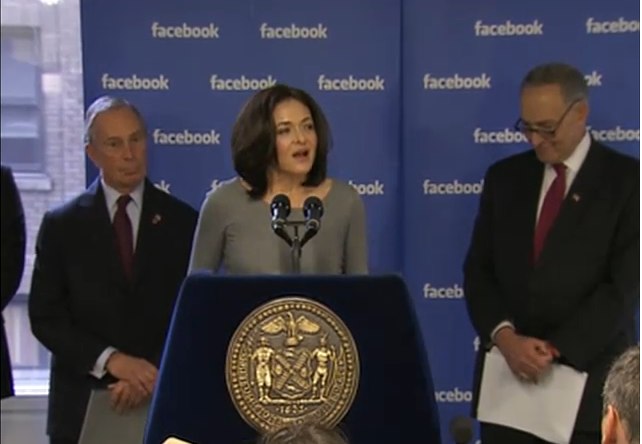 Facebook is moving forward with plans for its mobile advertising platform even after concern from users about an oversaturation of advertising and receiving unwanted messages.

Sheryl Sandberg, Facebook’s chief operating officer, told reporters today the goal of the advertising platform is to increase engagement and usefulness of advertising, not necessarily increase the number of ads users receive. She noted that the mobile platform may soon become more important than television.

With the recent launch of Facebook Home, a special OS skin for Android users, and the social network raking in 30 percent of all mobile ad spending in 2013, Facebook is clearly planning to capitalize on the opportunity mobile presents.

Last year, U.S. mobile ad spending increased from $1.45 billion to $4.06 billion in 2012 alone, according to data from ad analysis firm eMarketer. This growth presents a 180 percent increase in mobile ad growth, which was driven almost entirely by Facebook. At the beginning of 2012, Facebook wasn’t even in the mobile advertising market, but the company grew its mobile ad revenue to $340 million in one year. That revenue is projected to more than double in 2013.

Mobile devices are in almost every consumer’s hand, opening a door for advertising opportunities that will allow companies to cash in on our always-on lifestyle. According to Sandberg, Facebook is pleased with the company’s advertising platform so far and will continue to monitor engagement to best get messages across.

Users already see plenty of advertising on Facebook, from sponsored stories and posts from brands you don’t currently follow to finely targeted advertising in news feeds on both mobile and desktop applications. Facebook’s new software released this year will surely please marketers and advertisers, but the affect on users remains to be seen.