It wasn’t that many years ago that Facebook had its aha moment — when it realized that mobile was the way forward for advertising.

The mobile advertising revenue represents a 73 percent uptick from last year’s third quarter. However, revenue from ads served on personal computers was down 7 percent from last year.

COO Sheryl Sandberg said Facebook’s three main goals in terms of its advertising business include capitalizing on the shift to mobile, growing the number of marketers using the Facebook platform, and finding new ways to make ads more relevant to users.

Sandberg said the average adult in the U.S. spends 25 minutes of their weekly media time on mobile devices. And Facebook takes up one out of every five of those minutes, she said. 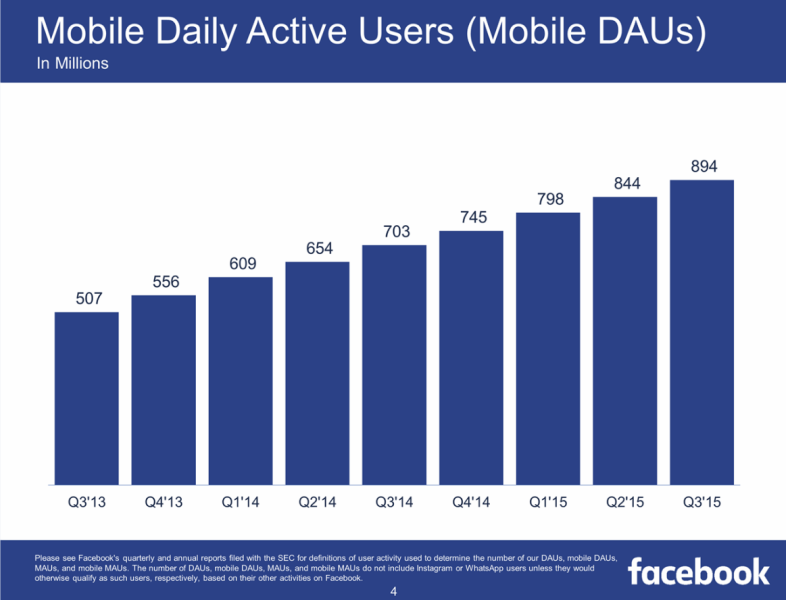 “Marketers come to Facebook because we have best performing mobile ads of any platform,” Sandberg said. “It’s not just the mass reach but better cross-device targeting and measurement than any other platform.”

There’s no doubt that Facebook represents the best reach of any advertising platform. It now serves 1.55 billion monthly active users. Of those, 727 million only access the service on mobile. That’s up from 655 million in July.