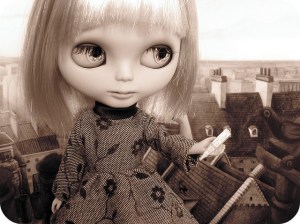 The rumored Facebook phone is real and will be manufactured by HTC under the codename “Buffy,” anonymous sources have told AllThingsD.

Although the news site doesn’t indicate where its information comes from, it must have more to report, because this is the first of what AllThingsD says will be a week-long series on the mysterious device. The so-called “Facebook phone” has been at the heart of rampant speculation for more than two years, although the only devices to emerge so far have been fairly standard Android or feature phones with Facebook features slapped on.

“Buffy,” if real, is named after the famous vampire slayer featured in a movie and a long-running television series.

The Buffy phone will run a heavily modified version of Android featuring support for apps developed in HTML5, and could see the light of day in a year to 18 months, according to writers Liz Gannes and Ina Fried.

Our mobile strategy is simple: We think every mobile device is better if it is deeply social. We’re working across the entire mobile industry; with operators, hardware manufacturers, OS providers, and application developers to bring powerful social experiences to more people around the world.

This jibes with Facebook’s overall strategy of putting social features at the heart of an experience, as opposed to layering them on later.

Facebook is the single most popular app in the iTunes App Store, and the social networking giant has more than 350 million mobile users across all platforms.