A Facebook executive suggested Monday that Facebook’s Messenger would be opening itself up to marketing — though he avoided using the word “ads” to describe the service — in what appeared to be a subtle correction of a report released last week that Facebook will soon “launch ads” within Messenger.

That report, published by TechCrunch, cited leaked documents that outlined how Messenger is getting ready to allow businesses to send messages to people who had previously initiated a chat thread. 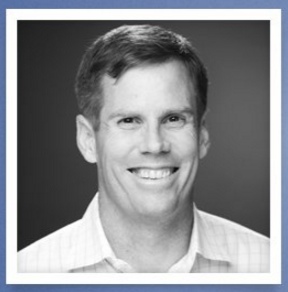 TechCrunch’s report used the word “ad” multiple times to depict the messaging provided by the coming service. The report also noted that it somewhat contradicted comments by Facebook CEO Mark Zuckerberg when he said in 2014 that he didn’t think ads are the right way to monetize messaging.

But the monetization effort for Messenger and Facebook’s other messenger app, Whatsapp, won’t look like what we typically think of as advertising, said Brad Smallwood, vice president of Measurement and Insights at Facebook, although he stopped short of offering specific details. He said he does not work on the Messenger team, and did not want to comment specifically on Messenger.

Smallwood’s comments came during a small portion of a talk Monday at VentureBeat’s Marketing.Fwd event in New York, which I moderated. He and fellow panelist, Booking.com’s Pepijn Rijvers, were discussing the future of advertising in general, specifically about ways advertisers like Booking.com are looking for more creative ways to get users. The conversation then turned to how consumers in China are ahead of U.S. consumers in the way they use messaging services like WeChat.

Smallwood first responded to a question about how Facebook is planning to monetize WhatsApp — Facebook’s other big messaging property. “It is not advertising, but is marketing,” he said. “It is utility that is being created by businesses inside the chat environment. It’s not directly what we consider to be advertising.”

I followed up by asking him to comment specifically about Facebook’s other chat app, Messenger, and whether “ads” are planned there or monetization would come in the form of chat bots — that allow businesses to communicate only through messaging. Smallwood again avoided the term “ads,” saying only: “It will fit with the consumer experience, of what their expectations are.”

He continued by saying that standard ad and marketing customs have become outmoded for the messaging experience. He explained that the U.S marketing and publishing communities are used to consumers engaging with content in a certain way, but stressed that marketers need to adapt.

“We need to accept that [consumers] have moved to these new experiences and ask how do we build great marketing and how do we create great touch-points within those, as opposed to forcing what we’re used to in those new environments.”

WeChat is leading the way, in ‘light years’

Fellow panelist Pepijn Rijvers, chief marketing officer of Booking.com, provoked the conversation around messaging when he said Messenger and WhatsApp are the only answers in the West to what China’s WeChat is doing in that country.

“In China, if you look at what WeChat is doing, they are an online operating system of life through their phone,” he said. “You can buy theater tickets, you can pay grocery stores, you can literally do everything, including as a small merchant, making sure your products gets shipped from A to B and that this is connected to payment.” He continued: “China is light years of where we are here in the Western world, and definitely the only two brands that can make a dent in the messaging arena are WhatsApp and Messenger.”

Smallwood chimed in, saying consumers in U.S and other markets are eventually going to be in the same mindset as Chinese consumers when it comes to messaging and with things like ecommerce and service transactions that happen within chat. “We have to figure out how to talk to them in that environment,” he said.

WeChat limits the number of messages brands can send their users in a single day. That’s created a precedent it’s easy to imagine Facebook might follow with WhatsApp and Messenger.

There’s a ton of interest in how Facebook plans to monetize Messenger, which says it now has more than 800 million monthly unique users, and WhatsApp, which just crossed a billion users.

The comments by Smallwood and Rijvers came amid discussion from other top marketers about the need to move to marketing formats that can engage users based on their current emotional modes, rather than relying merely on online actions as indicators.

Notably, Rijvers said Booking.com has soft-launched its own product, called “Passion Search,” in an effort to get more users to engage with travel content that is related to their interests. Booking.com is one the largest travel companies in the world, and the largest advertiser on Google.

How far will Facebook go in letting businesses market to users?

For now, based on what we’ve seen said so far, it’s highly likely that Facebook will only allow a business to communicate with users if it has a preexisting relationship with those consumers — namely, if those consumers have first initiated contact with the business.

The question is just how aggressive Facebook will allow businesses to become. For example, a consumer might start a shopping transaction but then abandon it when it comes time to pay. Might Messenger let businesses nudge people who have abandoned their orders? And would Messenger set a cap for how many messages such businesses can send to their users in a given day? And how much will Messenger charge for this service? We don’t have those answers.

At its F8 conference in March 2015, Facebook already announced its Businesses on Messenger service, which lets ecommerce businesses contact customers after they exit a transaction — with updates like order confirmations and shipping status updates — and engage with customers in free-form questions about the order. It also allows business to integrate with third-party tools like Zendesk. Facebook is clearly hoping to supplant the 1-800 support numbers many businesses have for their customers, and much of the infrastructure is already in place.

You could also imagine additional actions being permitted in the future, like allowing businesses to ping an existing mobile customer if the user comes within, say, half a mile of the store.

Letting businesses re-engage with those existing customers would be a sensible addition to the current service and would also be a subtle way for Facebook to monetize WhatsApp and Messenger, both of which have huge audiences.

Messaging services — and how businesses are using them — will be one of the topics of our upcoming Mobile Summit event, April 4-5. Facebook and Kik are among those who will be speaking to executives there on the future of mobile marketing.