Facebook has grown membership so quickly that it’s on its way to literally exhausting its chances of adding new users in the U.S.

In its second quarter earnings report today, the company reported only modest gains in new daily users from the U.S. and Canada — 7 percent — over the past year, while European daily users grew by 9 percent.

But the social network has new markets to exploit. Daily users from Asia grew by 26 percent since the second quarter of 2013. Growth in daily users from the world outside the U.S., Canada, Europe, and Asia was 25 percent.

Most people in the U.S. who will ever want to be on Facebook have already joined, or decided not to. Some Facebook users are born, others die. That evens out. So in order to keep growth-hungry investors happy, the social networking giant has to find new users outside the U.S. and Europe.

And it’s doing so. 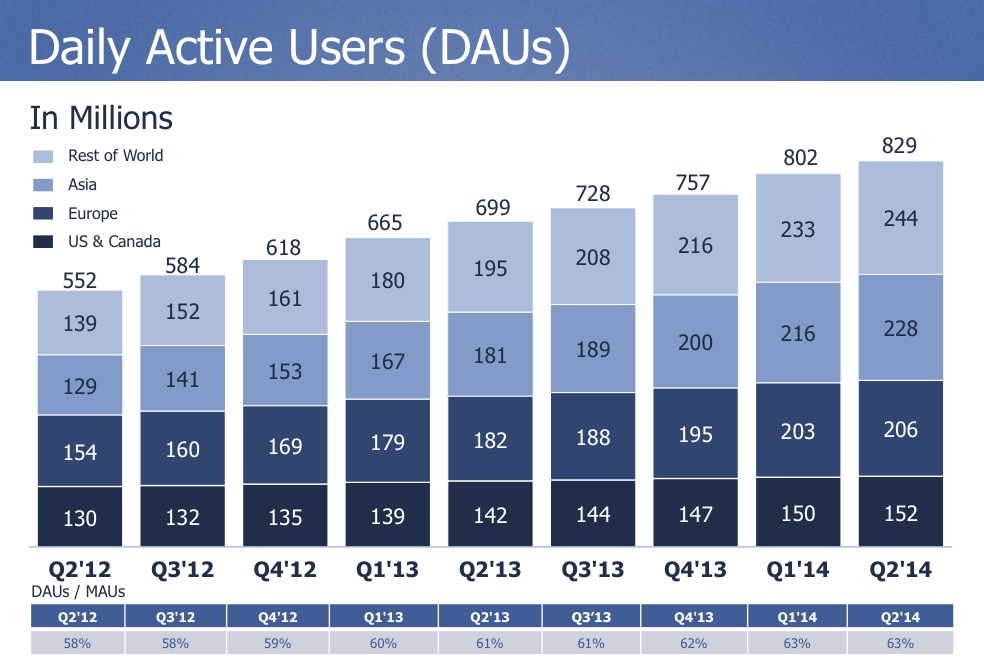 The idea that Facebook is relying on few smaller developed countries and many developing countries for its growth is even more clearly illustrated by the numbers of its members who use the social networking site at least once a month. 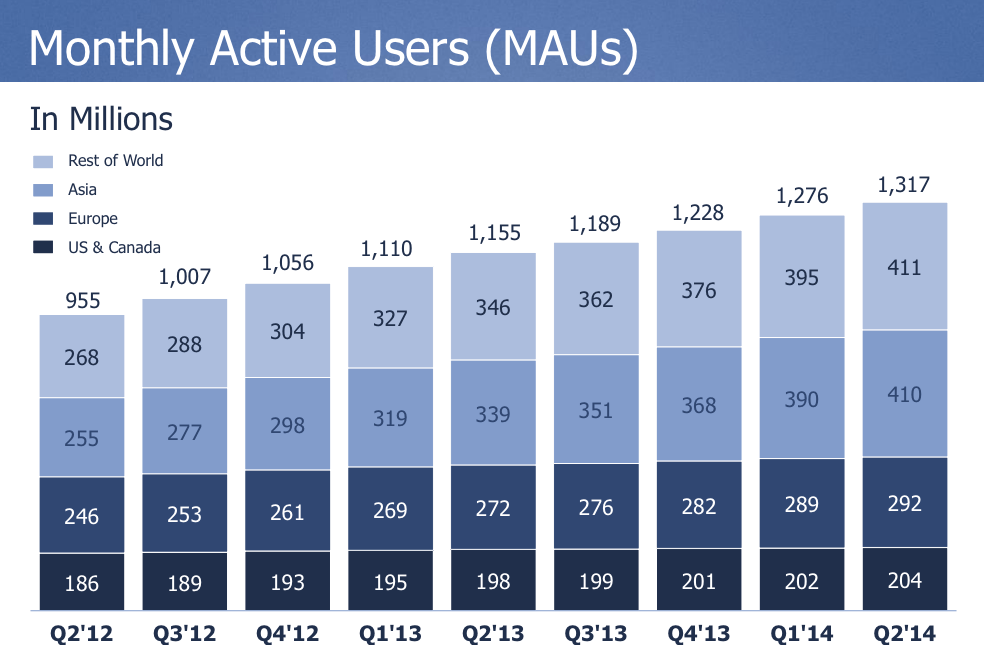 Facebook’s reliance on the world outside the U.S., Canada, and Europe for membership growth helps explain why the company is trying to get more people in less developed places connected to the Internet.

The network pointed out in the conference call that through its Internet.org initiative, it has brought free Internet to millions of people in poorer countries, in partnership with the telecom companies in those countries.

Some observers believe that Facebook acquired the messaging app WhatsApp because that product finds use in many places in the developing world to communicate.

However, for Facebook, fast membership growth doesn’t track with fast revenue growth. Facebook earns far more per user in mature markets like the U.S. and Europe than it does in Asia and the rest of the world.

And the growth in that “per user” revenue is happening faster in the U.S., Canada, and Europe than in Asia and the rest of the world, as the below chart shows. 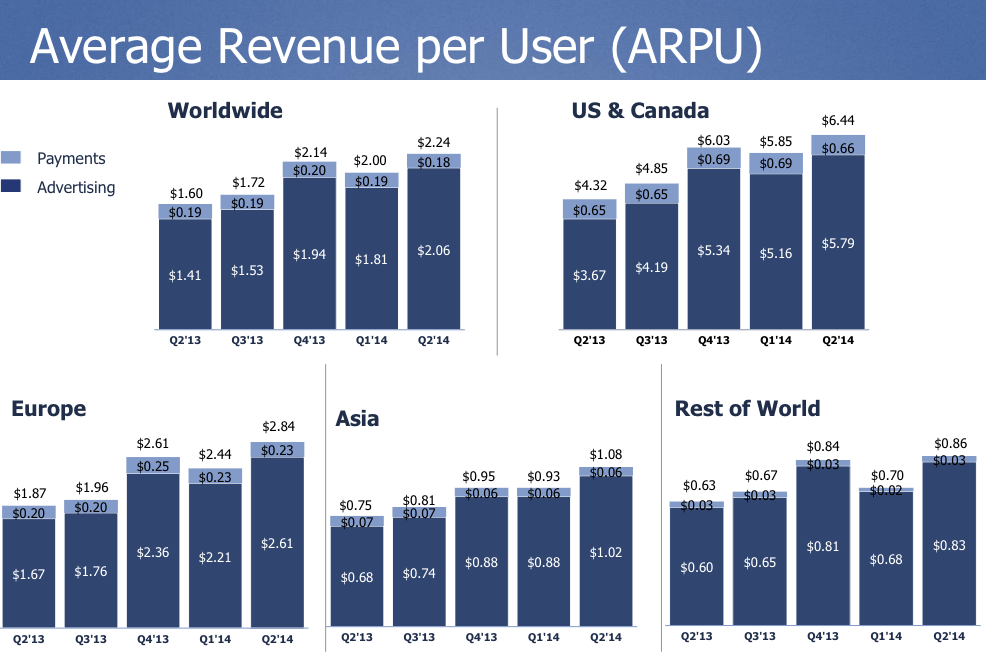