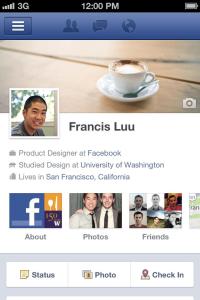 With Facebook’s just-released S-1 filing, we’re getting a better picture of how the company is competing in the mobile sphere. We already knew the company had more than 800 million registered members, and now we know it had more than 425 million monthly active mobile users in December 2011, a stunning accomplishment.

“Mobile is really coming into its own right now, and Facebook is going to play heavily in this space,” Altimeter Group analyst Rebecca Lieb told VentureBeat.

Facebook’s users have access to the service through mobile sites, feature phone products, and smartphone apps on Android, iOS, and Windows Mobile. In the S-1, it claims that the Facebook application is the “most frequently downloaded app across all major smartphone platforms in the United States,” according to a third-party report. The company believes usage across mobile will continue to grow, especially with young users. Facebook states:

“We also believe that younger users have higher levels of engagement with the web and mobile devices in general and with Facebook specifically. We anticipate that demographic trends over the long term may contribute to growth in engagement as a greater number of users will come from demographic groups that have grown up with the web and mobile devices and who spend more time online every day.”

The company does not currently feature advertisements inside its Facebook mobile apps, but it does indicate that “the global mobile advertising market was $1.5 billion in 2010 and is expected to grow at a 64% compound annual rate to $17.6 billion in 2015.” With those sort of numbers in mind, the company realizes it’s missing out, stating that “we believe that we may have potential future monetization opportunities such as the inclusion of sponsored stories in users’ mobile News Feeds.”

“The company faces different challenges across each platform,” Lieb told VentureBeat. “For example, there’s more room for an ad on an iPad than there is on an iPhone. But the company will develop new advertising and marketing products to meet these challenges. And as it develops ad products for mobile, it will begin to be a significant competitor to Google and Apple in this space.”