Fastback Networks has acquired European tech firm Sub10 Systems for an undisclosed price to help mobile Internet providers deal with the crush of traffic as more people make use of connected devices.

Both Fastback and Sub10 Systems make newfangled microwave radios for “small cells,” or the wireless networks that are expected to carry an increasing share of the traffic for the mobile web as the infrastructure tries to keep pace with demand associated with the explosion of mobile data usage. Terms of the deal were not disclosed.

The old tech of legacy microwave radios doesn’t cut it. Chief executive Kevin Duffy said in an interview with VentureBeat that the two companies are very complementary, as Fastback makes radios at the low end of the millimeter wave spectrum while Sub10 focuses on the high end. And United Kingdom-based Sub10 also helps Fastback address the European market for LTE-based mobile backhaul technology.

The wireless backhaul networks are aimed at giving us all “freedom of location” via better mobile data access on our smartphones, tablets, and laptops. San Jose, Calif.-based Fastback and Sub10 Systems make “LTE backhaul radios,” which can patch wireless broadband networks in places where fiber-optic wired networks aren’t practical.

These companies believe they can deliver on technology that will make “small cells” practical. Right now, the world has more than 5 million macrocells, or fiber-connected cell sites that can handle the world’s voice and data traffic. The small cells are expected to offload a lot of the work the macrocells do into smaller networks, such as Wi-Fi schemes, that handle the needs of users in a smaller cell sizes such as the neighborhood cafe.

Fastback provides what it believes is a vital connection between the macrocells and small cells: a wireless radio technology that can glue together the small Wi-Fi networks with the larger sites. 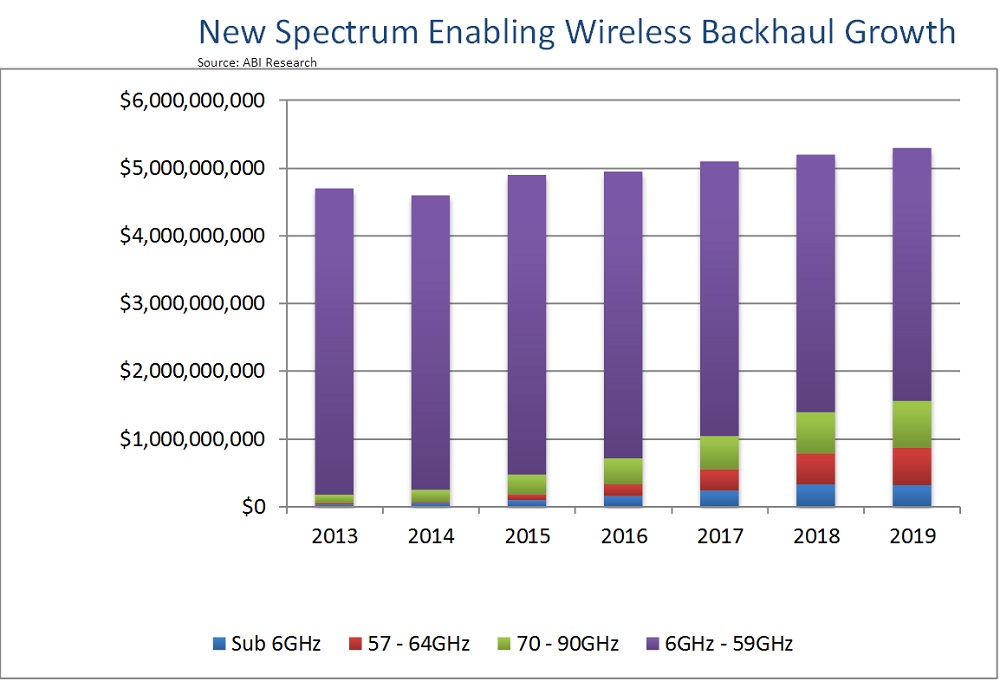 Above: Market growth for wireless backhaul is growing to meet demand.

Fastback has created small cell “backhaul” data transfer technology — the Fastback Intelligent Wireless Transport solution — to bring together LTE carrier (licensed) networks with unlicensed Wi-Fi computer networks. Backhaul technology is for connecting infrastructure with big data pipes. Fastback’s patented technology can deliver data transfer speeds for small cells that are equivalent to the speeds of fiber-optic networks. The radio networks do not have to be within line of sight in order to transfer data from a small cell (Wi-Fi network) to a macrocell, which is connected to a fiber network. This so-called “any line of sight” technology means that mobile network operators can deploy small cells in any location without line of sight or access to fiber.

With Sub10 Systems, Fastback will be able to address solutions that range from sub-6 GHz to more than 90 GHz — a segment that could hit about $1.6 billion in the next five years, according to market researcher ABI Research. That’s a rate of growth that is faster than the overall market growth. Both companies’ technologies have already been adopted by top-tier mobile operators.

“The rate of growth of demand is much greater than the rate of growth of the infrastructure,” Duffy said. “Our category is growing fastest. The reason is that line-of-sight towers for millimeter microwave was used in the past. When LTE came along, people started filling in with towers on buildings. Now, to make things more dense with more bandwidth per square area, they have to do it from the street up, not from the tower down.”

Stuart Broome, the former CEO of Sub10 Systems and now chief sales and marketing officer at Fastback, said in an interview that none of the investors involved tried to exit with the deal.

Both companies have received more than $50 million over time, and none of the investors are using the deal to completely cash out their  holdings. Investors include Business Growth Fund, Foundation Capital, Granite Ventures, Harmony Partners, Juniper Networks, and Matrix Partners. Business Growth Fund will have an observer position on Fastback’s board.

The new company will have 75 people in San Jose, and Devon, U.K. Duffy will remain CEO, and Fastback’s Kevin Negus will remain chief technology officer. Broome will be the chief sales and marketing officer and Mark Stevens, CTO of Sub 10 Systems, will also be CTO in his area. In the long run, the brand will be shifted over to Fastback.

To date, both companies have shipped more than 10,000 systems over the past couple of years. Rivals include big companies like NEC, Alcatel, and Ericsson. Those companies compete in the 6 GHz to 59 GHz segments, but they also resell newer technology from Fastaback and Sub10 Systems.

“We feel we can go toe to toe with the bigger companies,” Duffy said. “It’s a great transatlantic partnership that will be a huge global success.” 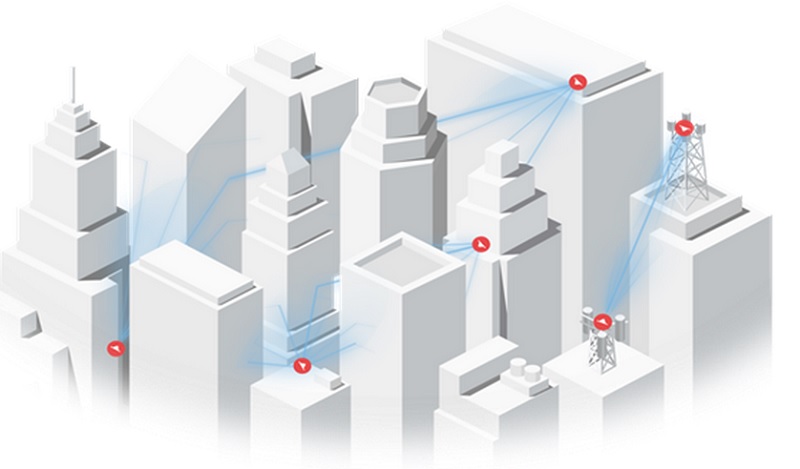 Above: Fastback Networks connects the mobile Internet via wireless backhaul.