Until now, consumer devices sold in the United States have relied on imprecise data from U.S.-developed GPS and Russian GLONASS satellites for location-tracking services, but that’s about to change for the better. The FCC has voted to allow U.S. consumers to access more precise data from European Galileo satellites, improving location accuracy in some cases from prior 10- to 15-foot distances down to as close as three feet.

Historically, U.S. officials have hesitated to offer civilians access to the best location data available, reserving the most precise satellite information for military and intelligence agencies. But technological innovations, such as ubiquitous smartphones and map-equipped vehicles, have sparked increased consumer demand for better data, and the European Union established Galileo as a superior alternative to GPS and GLONASS. Galileo promises civilians up to 1-meter location precision, while reserving 1-centimeter precision for military purposes.

Galileo’s satellite network is being built in stages, with the next collection of satellites set to come online in 2019, and more by 2020. The FCC is allowing U.S. consumers to access two of Galileo’s three radio signals, E1 and E5, which are interoperable with GPS and promise to enhance both position accuracy and reliability — including inside U.S. borders. A third Galileo radio band, E6, will remain off-limits due to conflicts with other U.S. radio services. 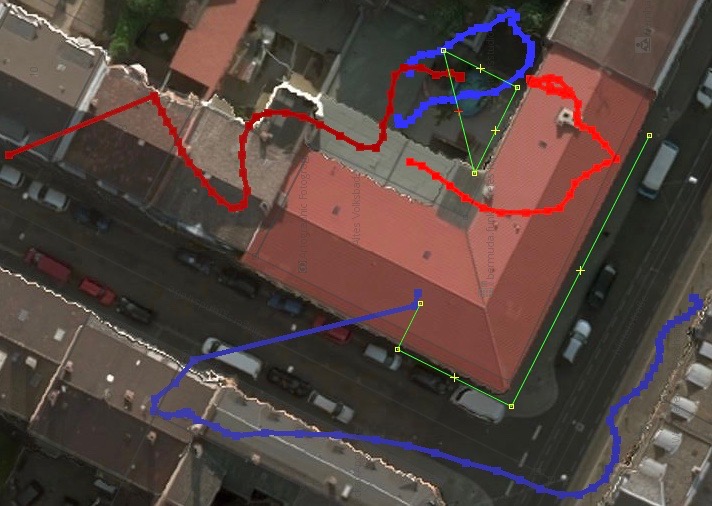 As shown in the image above, Galileo data — indicated with blue lines — comes much closer to correctly deducing two paths indicated with green lines than non-Galileo location tracking, shown with red lines. Whereas GPS data might show a user zig-zagging atop buildings, Galileo generally shows the user moving across adjacent paved surfaces, requiring less need for on-device data correction. However, Galileo has been challenged by signal strength and technical and financing issues that are still being worked out.