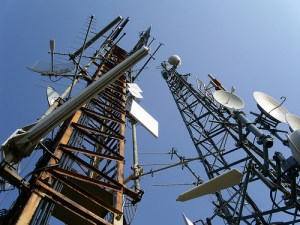 With the steady rise of network-hogging smartphones, it’s clear that cellular providers will need more than just equipment upgrades to cope with the throng of new subscribers — they also need access to more wireless spectrum. Unfortunately, there isn’t much available spectrum to go around.

BusinessWeek is reporting that the FCC may be considering a plan to make more spectrum available. According to an anonymous official, the FCC may offer to pay broadcasters to vacate their wireless spectrum. The move would be one of many meant to improve access to broadband internet, and would likely tie into the National Broadband Plan which will hit Congress next month.

FCC chairman Julius Genachowski has been vocal about the need for more spectrum. Speaking at CES in January, Genachowski said:

Our data shows that there’s a looming crisis. Not tomorrow, not next week, not next year, but at some point in the future, the system is going to be overloaded.

He went on to say that to avert the potential crunch, we have to find more spectrum, and figure out how to use the available spectrum more efficiently. He also stated that the FCC will get involved if need be — which seems to be exactly what they’re doing with the plan to buy back spectrum from broadcasters.

By acquiring the wireless spectrum, the government would be able to put up the newly claimed spectrum for auction. This would allow companies that desperately need more spectrum, like AT&T or Verizon, to bolster their networks. It could also earn the government “tens of billions of dollars”, according to economist Peter Cramton at the University of Maryland.

Unfortunately for the FCC, broadcasters are likely aware just how valuable their spectrum holdings are. Many could see more value in holding on to their wireless stake, instead of selling it off.

Broadcasters could also meet the FCC halfway. Coleman Bazelon, an analyst at the Brattle Group, speculated that if broadcasters made some of their spectrum available, it could potentially make available some $48 billion in spectrum. The government would only have to pay $6 billion to broadcasters in that scenario.