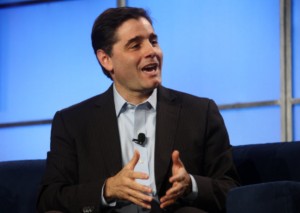 The Federal Communications Commission voted today to lay down a number of basic rules that ban Internet service providers from blocking specific content and help keep the web open.

The new rules keep ISPs from blocking specific websites and other content. The rules also allow ISPs to throttle web connections if they believe their customers are using too much bandwidth, but require the ISPs to be “reasonable” when doing so. Internet providers also have to have a greater level of transparency.

But wireless telecommunications companies were exempt from the packet discrimination rules — which is a bit of a head scratcher. Mobile web use is growing rapidly and some actually rely on wireless networks for their Internet usage through mobile hot-spot devices. Without those rules in place, wireless companies are free to stop some smartphone users from taking advantage of their data plans by throttling download and upload speeds.

Both Google and Verizon agreed that wireless web access requires a different set of tools and technology. The chief executives for both companies said too many rules would hamper a provider’s ability to optimize its network, a suggestion FCC chairman Julius Genachowski (pictured left) was less than thrilled with. Google CEO Eric Schmidt said that both companies had been in discussions for over a year, and that they already had discussions with the FCC.

Government officials have been arguing about net neutrality for some time now. The idea first came up when the FCC ordered Comcast to halt plans to slow Internet traffic for peer-to-peer file sharers. A federal appeals court said that the FCC had overstepped its authority. The vote happened right down party lines, with both Republicans on the committee voting against the new net neutrality rules.

Back when President Barack Obama was campaigning for office, he made net neutrality a big part of his tech policy platform. But as wireless Internet use continues to grow, it’s unclear whether the FCC will step in and begin regulating that space and lay out a new set of net neutrality rules for wireless providers.