As gigabit-class cellular networks continue to spread across the world, hardware makers have been itching to upgrade the speeds of home and office Wi-Fi networks — the technology was ready, just awaiting regulatory approval. The United States took a major step in that direction today, as FCC chair Ajit Pai confirmed that the commission will vote April 23 on opening 6GHz spectrum to next-generation Wi-Fi use.

Makers of Wi-Fi components have been pushing for this development since at least 2018, asking the FCC to free up a 1,200MHz-wide swath of 6GHz and adjacent frequencies to augment existing 5GHz Wi-Fi spectrum. As of January 2020, approval appeared imminent as the Wi-Fi Alliance preannounced “Wi-Fi 6E,” an enhanced version of Wi-Fi that supports 6GHz transmissions, enabling faster data rates and lower latency. But the group said the feature’s deployment was largely in the hands of regulators.

“[T]he FCC is aiming to increase the supply of Wi-Fi spectrum with our boldest initiative yet,” Pai said today, “making the entire 6GHz band available for unlicensed use. By doing this, we would effectively increase the amount of spectrum available for Wi-Fi almost by a factor of five.”

While a handful of routers and mobile devices have already launched with Wi-Fi 6 support, Wi-Fi 6E will add 14 new 80MHz channels and seven 160MHz channels that can be used as data pipes immediately adjacent to prior Wi-Fi spectrum. In an era when 5G smartphones (and home broadband modems) can achieve 1.5Gbps download speeds under optimal conditions, a single Wi-Fi 6E device should be capable of consuming most or all of that bandwidth, with headroom to spare as fiber and cellular speeds improve. 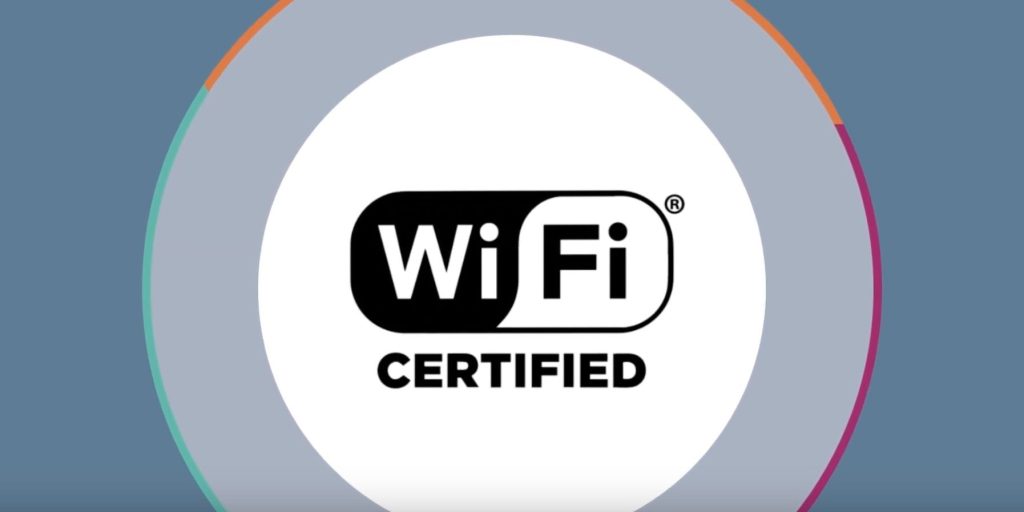 While many Alliance members offered positive comments on the FCC news, Qualcomm CEO Steve Mollenkopf’s stood out as especially expansive regarding the 6GHz spectrum’s potential. “In February,” he notes, “we demonstrated a full suite of Wi-Fi 6E products ready to start using this large new swath of spectrum. We are also optimizing other exciting new technologies for this large swath of spectrum, including the next version of 5G and next-generation Wi-Fi.” A Qualcomm spokesperson noted that 5G NR-U (as detailed here) will be optimized to take advantage of the “massive amount of spectrum” in the 6GHz band.

The FCC notes that Pai’s draft order initially contemplates two classes of wireless transmissions making use of the 6GHz band. Indoor, low-power operations could use any frequency range within the 1,200MHz spectrum, while standard power transmissions will be able to access 850MHz of spectrum while keeping away from previously permitted 6GHz users.

Collectively, the 6GHz channels add more than 2 times the capacity to the FCC’s existing 480MHz allocation of 5GHz spectrum. They will also give routers the flexibility to choose between a greater range of additional frequencies. Apart from decongesting existing network environments, including dense housing where multiple users and devices are competing for limited 2.4GHz or 5GHz spectrum, the 6GHz frequencies might be used for high data rate applications, without the need to rely on shorter-distance millimeter wave spectrum. The FCC said today that it will seek public comments on allowing “very low-power devices” to access the full 1,200MHz of spectrum for “high-performance, wearable, augmented-reality, and virtual-reality devices.”

FCC approval isn’t guaranteed as a result of the April vote, but it’s likely, as three of the five commissioners — including Pai — tend to vote in lockstep. The Wi-Fi Alliance has signaled that 6GHz-compatible devices will be ready to go relatively quickly after approval is finalized.

Update April 23 at 8:33 a.m. Pacific: The FCC has voted to approve the order, though support was even stronger than expected — unanimous from the five commissioners. Multiple technology-focused organizations were quick to praise the decision, most notably including Wi-Fi Alliance CEO Edgar Figueroa:

Today, the Federal Communications Commission (FCC) made a historic and visionary decision that will transform wireless connectivity for decades to come. By making 1200 megahertz of spectrum in 6GHz available for unlicensed innovation, the Commission opened the floodgates of Wi-Fi benefits for American consumers, enterprises, and the economy.

Like many other chip and device makers, Broadcom VP Vijay Nagarajan was effusive in praising the FCC’s vote today, characterizing it as “the most substantive decision any Commission has made on unlicensed spectrum in almost 25 years and one that will empower our wireless experiences for the next 20 years.”