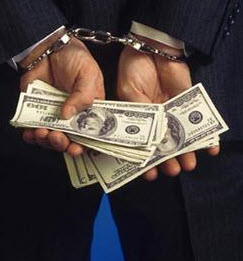 Federal prosecutors charged five Silicon Valley workers with illegal insider trading today, alleging that they used information they obtained about technology companies such as Dell, Apple, Advanced Micro Devices and Flextronics to profit on their shares.

The charges stemmed from a three-year investigation; in the past few weeks, federal investigators have raided several hedge-fund and mutual-fund operators in connection with the probe. Those charged worked either as consultants or employees for Primary Global Research, a Mountain View, Calif.-based company that bills itself an “expert network,” an operation which connects investors with knowledgeable professionals paid a fee for their advice. The five charged stand accused of passing information about their employers or other tech companies to fund managers.

The probe was first reported by the Wall Street Journal last month.

What’s stunning about these allegations is that smart people would do this. There are plenty of legal ways to make money in Silicon Valley. But it also shows that the temptations are great for suppliers with inside information to signal to investors when they have concrete information on the next hot gadget — especially when big companies like Apple and Google are tight-lipped about such news.

Some of the leads for the case came from the investigation of the Galleon Group, which was hit with insider-trading charges last year.

“The information trafficked by the four ‘consultants’ went way beyond permissible market research,” FBI official Janice Fedarcyk said Thursday to the Journal. “It was insider information.”

Primary Global is a go-between that hooks investors up with “actionable intelligence” about the companies. Those arrested were James Fleishman, a vice president and sales manager at Primary Global; and consultants Walter Shimoon, a senior director of business development at Flextronics in San Diego; Mark Anthony Longoria, a supply-chain manager with AMD; and Manosha Karunatilaka, an account manager at Taiwan Semiconductor Manufacturing Co. Daniel DeVore, another consultant, was a former global supply manager at Dell; he pleaded guilty to charges on Dec. 10 and is cooperating.

In other words, the insider information was gleaned from the suppliers for big companies and it was used to generate profits via stock trading. The charges included wire fraud and conspiracy. The consultants allegedly received more than $400,000 for their information. The consultants spent a lot of time on the phone with investors; over 60 days in 2009, he participated in 40 phone calls with investors. Attorneys for some of the consultants weren’t available, the Journal said.

Shimoon of Flextronics reportedly disclosed highly confidential details about sales forecasts and product features for an upcoming iPhone. From August 2007 to November 2010, he was paid more than $22,000. Flextronics said he had been terminated. Longoria resigned from AMD in October. He reportedly disclosed AMD revenue information, average chip prices, product sales figures and gross margin information. He was paid $200,000, prosecutors said. AMD said it is cooperating with the U.S. Attorney’s office. An attorney for Longoria said he was cooperating as well.