Mozilla today released Firefox 11.0 for iOS. The new version turns on tracking protection by default, lets you reorder your tabs, and adds a handful of iPad-specific features. You can download the latest version now from Apple’s App Store.

Firefox 9.0 for iOS brought tracking protection to Apple’s mobile operating system in September, but only in Private Browsing mode by default — regular browsing required that users turn it on. This is the same feature that’s available in Firefox for Android, Windows, Mac, and Linux, as well as the same ad blocking technology used in Firefox Focus for Android and iOS.

The difference is that with Firefox for iOS, it’s on by default. And you can turn it off and on for each site (long-press the URL bar and tap the shield icon): 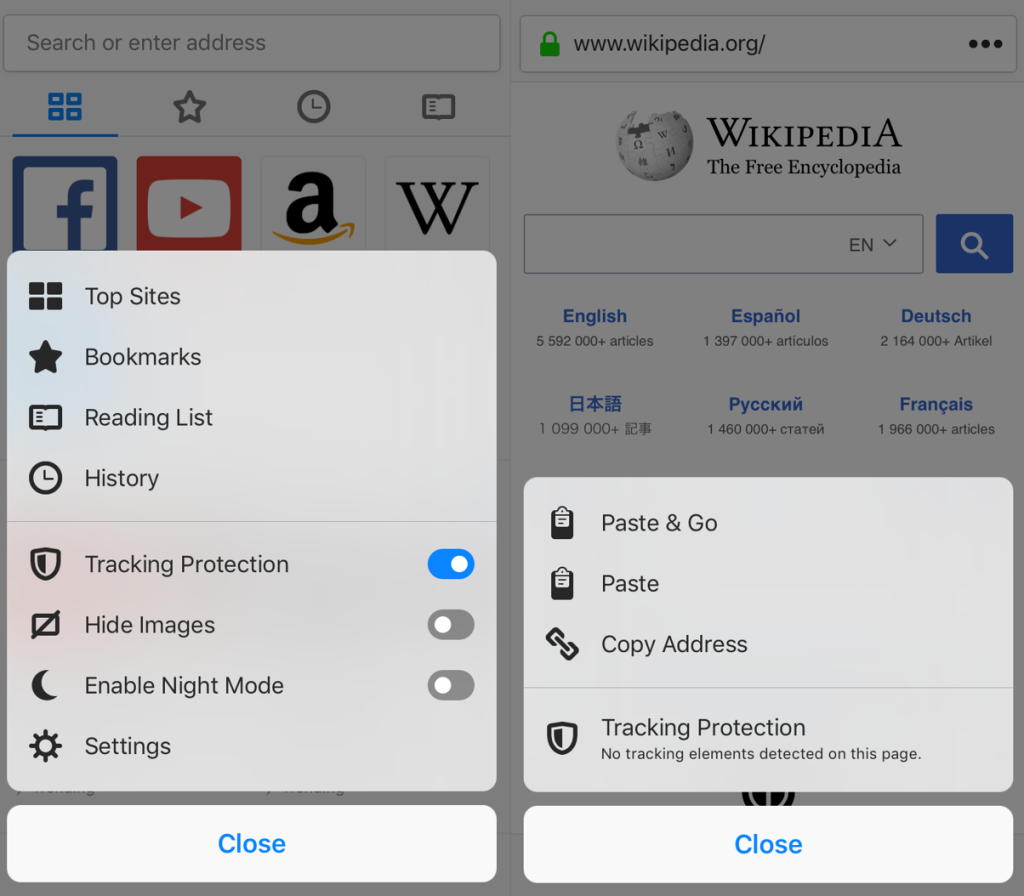 The feature is great for privacy, but it also improves performance. Content loads faster for many websites, which translates into less data usage and better battery life. If tracking protection doesn’t work well on a given site, just turn it off there and Firefox for iOS should remember your preference.

Tracking protection aside, iOS users can now reorder their tabs. Organizing your tabs is very straightforward: Long-press the specific tab and drag it either left or right.

Lastly, iPad users have gained a few more keyboard shorts, including the standard navigation keys from the desktop. There’s also cursor navigation through the bookmarks and history results, an escape key in the URL bar, and easier tab tray navigation (try using the keyboard shortcut Command + Option + Tab to get to and from the tabs view).

Now that Firefox for iOS has tracking protection turned on by default, we can’t help but think Firefox Focus for iOS has become a redundant app. The move also begs the question: When will Mozilla turn on tracking protection for Android, and will it do the same on desktop? We asked Mozilla for more information and will update this story if we hear back.

Update at 11:45 a.m. Pacific: Firefox Product Lead Jeff Griffiths was willing to talk more about this. In short, Firefox Focus isn’t going away and there are no plans to turn on Tracking Protection by default on the desktop. Firefox for Android, however, could follow in Firefox for iOS’ footsteps.

“The private browsing mode in Firefox for Android does include tracking protection,” Griffiths told VentureBeat. “We will evaluate the opportunity based on usage for the iOS version.”