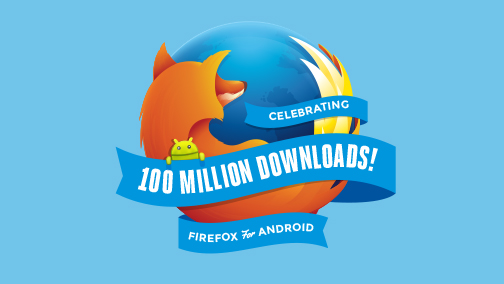 For the sake of comparison, the Chrome for Android listing on Google Play shows the app in the “500,000,000 – 1,000,000,000” range. Yet it’s important to emphasize that this number is for downloads and installs, not active users. In November, Google said Chrome for mobile had 400 million active users, though it didn’t specify how many were on Android and how many were using iOS.

Mozilla has yet to share exactly how many active users Firefox for Android has, and when we asked to see if that had changed, a spokesperson merely told us, “We have tens of millions of active installs.” The company does say “half a billion people around the world” use the browser across all platforms, but to date it has not broken out that figure.

Missing from that list is of course Apple’s mobile platform; an iOS version is still in the works. In 2013, Mozilla refused to bring the browser to iOS, blaming Apple for not letting browser makers use their own rendering engine.

This year, the company backpedaled on that decision. This has resulted in mixed feelings from Firefox fans: On the one hand, it means Gecko, Firefox’s browser engine, will be limited to just Android and Firefox OS devices in the mobile world. That’s the price Mozilla needs to pay if it wants Firefox mobile to keep growing.