Lily is shutting down its drone company after failing to secure financing needed for manufacturing and shipping. Emails were sent out to customers on Wednesday night, and anyone who has placed a preorder will be given a refund over the next 60 days.

The company’s founders said that although Lily received great feedback during its beta program, it was running out of money fast. It had raised at least $15 million in venture capital but had been beset by numerous launch delays.

Founded in 2013 out of the University of California, Berkeley campus, Lily sought to develop a flying camera for action shots. Its first prototype utilized a Raspberry Pi computer and an Arduino. The concept was that this device would accompany you when you’re engaged in activities such as walking, running, or snowboarding and would capture photos and videos of you. The product was 10.29-inches wide by 3.22-inches tall and could fly up to 50 feet in the air. It was priced at $800 during preorders, but set to go for $1,000 when publicly available. The expected shipping date was last summer. 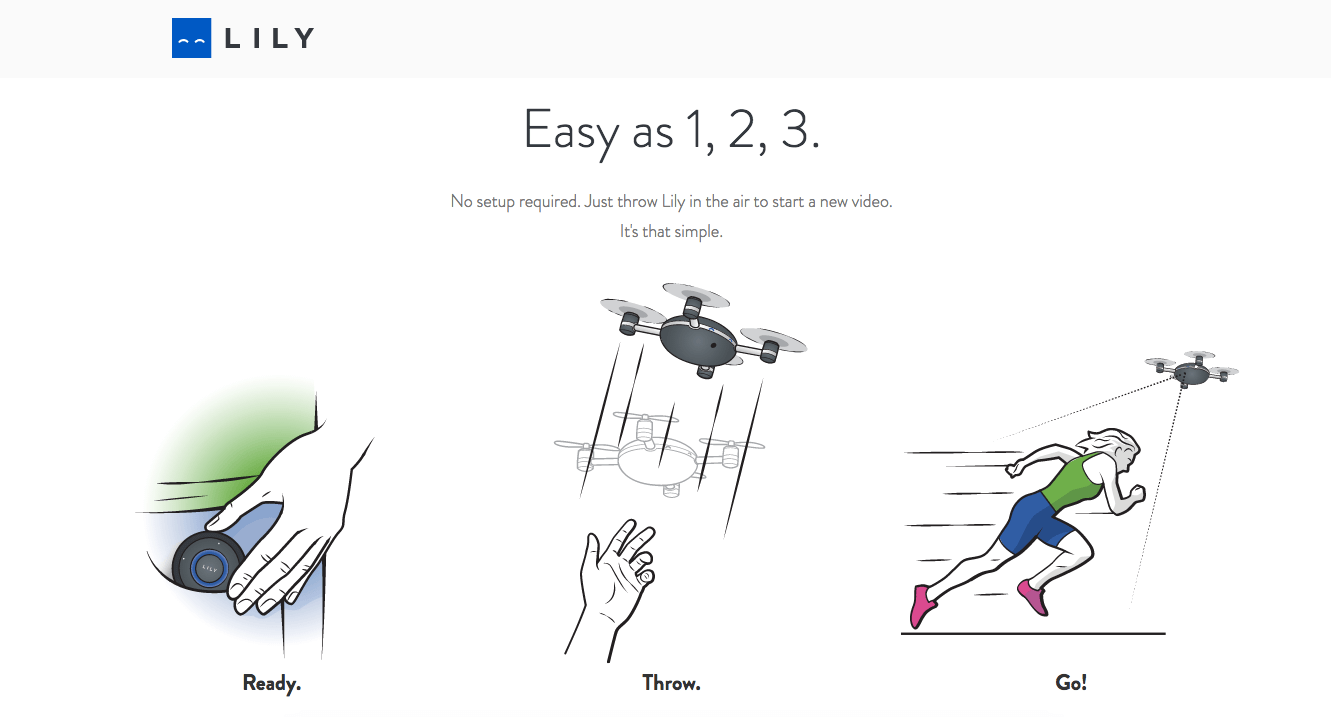 Above: Instructions on how to use the Lily flying camera drone.

The company received more than $34 million in preorders from at least 60,000 customers, but when they would receive their flying camera remained a question. Delivery was delayed at least twice, with the most recent notice explaining that U.S. preorders would ship between December 2016 and January 2017, while those from overseas would go out later this year.

The company’s closure seems to have come rather abruptly — its website provided product updates as recently as December 13, and its Twitter account remained committed to delivering U.S. orders later this month.

Because of its numerous delays, Lily still had not entered what is becoming an increasingly crowded drone market, filled with competitors such as DJI, 3D Robotics, Hover, Hubsan, Splash Drone, and others.

Anyone who has ordered a Lily drone will receive a refund, which the company will begin taking care of over the next 60 days.