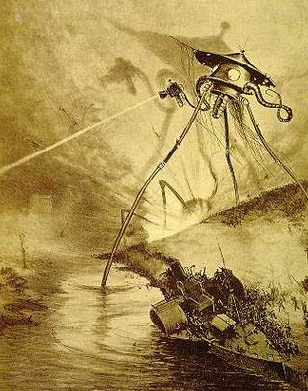 Google’s Android operating system has promised to help mobile manufacturers and carriers offer high-quality interfaces for smartphones — if not for netbooks and many other devices. But since its initial release last year, the only phone to carry the OS is the G1 made by HTC and carried in the U.S. by T-Mobile. Despite some market share growth through the G1, Android has yet to live up to its game-changing potential.

Because Android is free and customizable, a number of manufacturers and carriers are expected to add it to new devices — and for this reason it looks to grow big in Asia, first. T-Mobile, Samsung, U.S. carrier Sprint and European carrier Vodafone are planning to introduce phones later this year for the US and European markets, but details have been few and far between and it’s not clear how serious some of these efforts are.

More importantly, as we’ve been hearing since last year, enthusiasm for Android is building in Asian mobile markets like China, India, Japan and Korea. Dell recently announced it would be partnering with China Mobile to offer an Android-powered handset to Chinese customers. Korea-based OHA member Samsung is rumored to be launching Android phones in Korea soon. And anecdotally, if Google Trends are anything to judge by, people in Asian countries are showing the most interest in it.

Meanwhile, “pricing is the key to Android’s success in India,” Google India Country Head (products) Vinay Goel recently explained. “While pricing is the prerogative of each handset manufacturer, the Rs 10,000 figure is a sweet spot.” That’s around $200. OHA member Qualcomm was arguing a long time ago that Android’s goal is to drive smartphones into the mass market price points under $200 as we pointed out last September. Adoption of Android devices in Asia will certainly be heavily affected by the price levels at which the devices can be sold. Expect prices to drop even further. Computer maker Acer said recently that it wants to drive down the cost of smartphones to the point at which mobile operators could give them away for free.

Companies in the Android ecosystem, including third-party application developers could begin to see sizable, stable markets emerge in these Asian countries first, enabled by the combination of improving Android standards and tens of millions of users. So far, third-party applications haven’t had many users to work with on the G1.

And expect to see Android spread across more devices. This fall, a Japanese industry group called the Open Embedded Software Foundation (OESF) will be showing off a set-top box called “au Box” that uses Android within for home entertainment systems at CEATEC, a large Japanese electronics show, as the EE Times details.  The set-top boxes, made by Motorola for Japanese telecommunication company KDDI, illustrate OESF’s goal of getting companies to develop and share standard technology for Android. The OESF is also bringing together companies to build shared technology for market segments like VoIP calling, security services and car navigation devices. However,  non-smartphone devices might not reach the market until 2011.

Finally, it seems, the benefits of Android are starting to be realized. It’s a free, open-source and standards-based set of technologies that any device maker and operator can customize for their own purposes. Mobile industry companies in Asia want to save money by not having to pay software companies for operating system licensing costs, and they want to be able to control their own interfaces. T-Mobile has so far been the main champion of Android — it could even beat the Japanese companies to introducing Android in the home, according to its recently leaked plans. But majority of Android-focused innovation doesn’t seem as likely to happen in the US and Europe in the near future.

And what about Google? For its part, the company hopes more people use Android — or really any browser on any device — so they can access the web, use its search engine and see its ads. That plan, at this point, seems to be on its way to working.

[War of the Worlds image via Fattest Books; Au Box image via IntoMobile.]