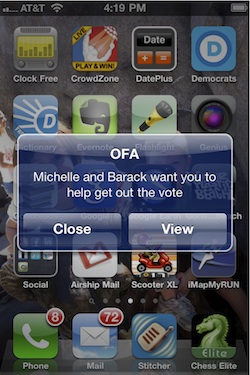 Urban Airship, which provides back-end services for popular mobile apps like Tap Tap Revenge, just raised $5.6 million in a second round of funding.

The goal, as representatives from Urban Airship (as well as Push.io, another app infrastructure startup) have explained, is to free developers to focus on the things that will actually make their apps stand out, rather than worrying about building support for push notifications and in-app purchases. Asked about competition, a company spokesperson said Urban Airship is the only company that has “built an entire mobile services platform, with a solid infrastructure and host of tools.”

The Portland, Ore. company launched in June 2009, demonstrating at our MobileBeat conference that month. It announced its initial $1.1 million in funding in February of this year. Since then, Urban Airship said it has added more than 2,500 customers, sent more than 1 billion notifications to 35 million more devices, and powered more than 650,000 in-app transactions. Verizon Wireless has also named Urban Airship as the preferred push notification providers on the Verizon developer network.

The company’s next product will be aimed at mobile marketers, allowing them to target different users with different messages.

The new funding was led by the Foundry Group (this is Foundry’s first investment with its new fund), with participation from True Ventures and the Founders Co-op. Urban Airship has raised a total of $6.5 million.