When Foursquare rips check-ins out of its app, it’ll shut down badges and service-wide mayorships with it.

As the launch of Foursquare’s new check-in app Swarm nears, the company today revealed new details regarding the future of many of its most popular features. As part of the move to split itself in two, Foursquare plans to replace its beloved badges — little virtual trophies which rewarded users for new checkins — with stickers.

According to Foursquares announcement on the matter:

In the new Swarm, we built a bunch of stickers you can attach to your check-ins to quickly express how you feel or what you’re doing. (Don’t worry, they’re all free!) We’ll give you a few to start off with and, as you go out and explore the world, you’ll unlock more based on the places you visit. (Hint: try checking in at lots of different types of places to unlock new ones!) 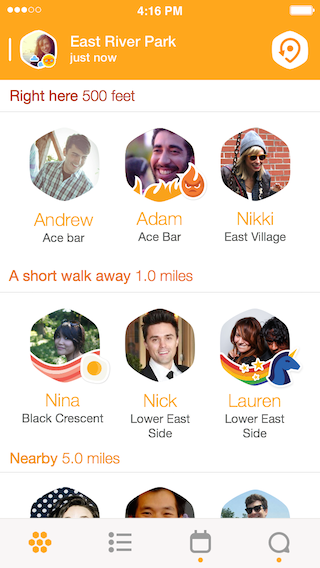 While mayorships as we know them are no more — they’re now frozen within the Foursquare app, The Next Web reports — Foursquare says Swarm will introduce a new mayorship feature which only allows users to compete with their friends, “instead of all 50,000,000 people who are on Foursquare.” More, from Foursquare:

With these new mayorships, if you and a couple friends have been checking in to a place, the person who has been there the most lately gets a crown sticker. So you and your friends can compete for the mayorship of your favorite bar, without having to worry about the guy who is there every. single. day. Mayors 2.0 means that places can have many different mayors, one for each circle of friends, instead of just a single mayor at each place.

In other words, the new mayorships feature downplays the concept to a simple sticker. While it’s always just been a light-hearted game mechanic — for some users, service-wide mayorships served as badges of honor, and contributed to the stickiness of the app.

These stickers, funny enough, don’t appear quite as sticky.