Nearly two years ago, Foursquare spun its check-in game out as a separate service called Swarm.

The move solidified the app as a light-hearted counterpart to Foursquare’s core business: recommendations and ad tech.

A new addition to Swarm, however, could change that dynamic. Today, the company announced Swarm Perks, which Foursquare defines as “deals, discounts, challenges, and prizes.” There are two sides to the update.

Deals like the one offered by Best Buy could transform Swarm into a moneymaker in its own right — rather than using it solely as a data source for Foursquare. However, for now, J Crowley told us that the primary focus is on giving something back to users — and doing so could drive Swarm users to the app more often.

Crowley added that this feature was not designed to transition into a monetization tool for Swarm. But if users end up loving Perks, maybe that’s what it will become.

Here’s a closer look at the update: 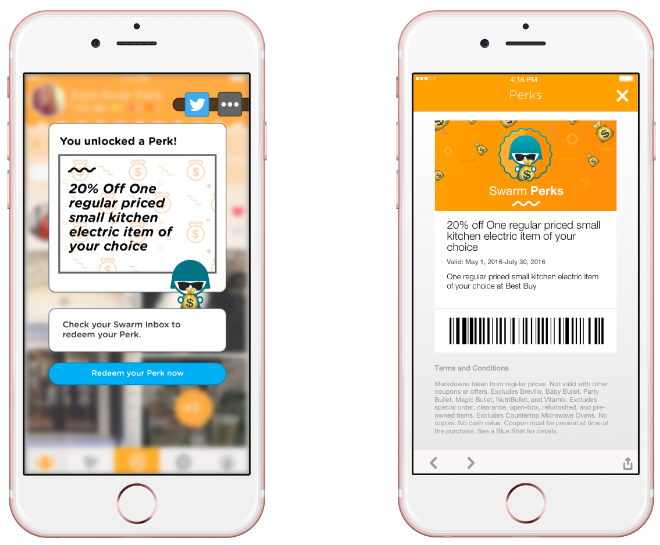 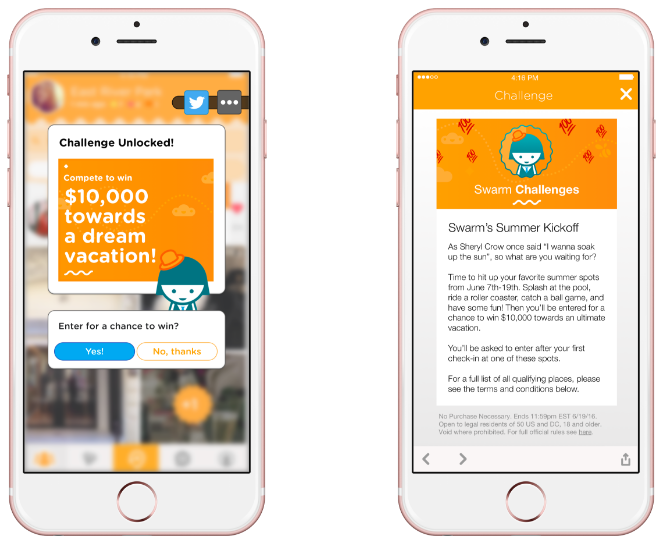