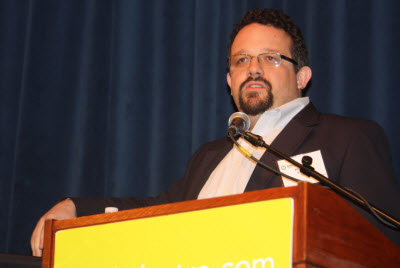 Giving away your product for free can be either a disaster or a great move. Doing it the right way is an art, as various speakers said at the Freemium Summit in San Francisco today.

A case in point is the “freemium” business model of Evernote, which creates software that serves as a memory aid, or external brain. The company gives away its product for free on a variety of platforms and charges a $5 per month subscription to the power users who want the most features. Phil Libin, chief executive, revealed a wealth of details today about how the freemium model makes sense for Evernote, which now has 2.7 million users.

First, here’s how the software works. Evernote lets you record just about anything and then recall it as you need it. You can take a picture of a business card, sync it with the Evernote software, and it will keep that card with all of the other things in your computer that are related to the same business. When you want to recall something, you search for it in Evernote and you get automatic recall of things you wanted to remember, like the name of the restaurant that serves your favorite wine. 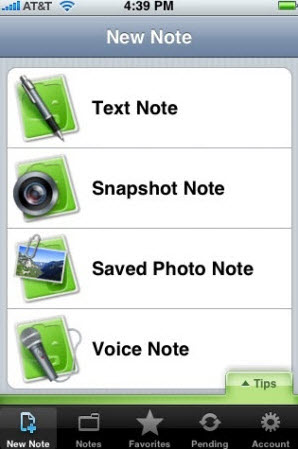 The process involves multiple steps. You can use Evernote to clip out anything — headlines, text, pictures, handwritten notes, take voice notes, or save photos. You can add categories or put the clippings into notebooks. Then Evernote indexes the data and you can search on anything via keyword, tags, notebooks or other categories. The search results show you everything associated with certain topics.

The company is hitting its stride now, but it wasn’t easy. It was founded in 2005 by Stepan Pachikov, an Azerbiijan-born entrepreneur who founded a number of Russian software companies. He developed the necessary image recognition and processing technologies to make the service work quickly. The vision of creating a memory aid was always the same, but Libin joined in mid-2007 and helped the company do a major relaunch.

The free version launched in June, 2008. The number of users grew gradually and organically. There was no built-in sharing function in the software that would have made it inherently viral. The app was simply useful and users shared it with their friends.

The company expanded it to the iPhone, Mac, Windows PC, the web, and Android phones. About 60 percent of the audience is in the U.S. About 40 percent is overseas, with a large markte in Japan. Now the audience is 2.7 million users, with 7,000 added each day. The number of premium subscribers was 50,000 as of a couple of months ago. That was 1.8 percent of total users, and it was 6 percent of the active users (who used it in the last month).

Libin dove into details of one of the statistical groups, known as a cohort. He noted that 31,334 users signed up for the service in March, 2008. Of those, 50 percent stopped using it in the first month. Then the number of users dropped until about 11,000 of the 31,334 users became regular users coming back every month. 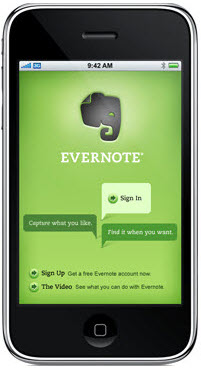 Those 11,00 users mean that the software has a great ability to retain users. The more you use Evernote, the more valuable it becomes. If you have two years of your life stored within it, and there is no other way to quickly find information, then you will keep on using it. (Libin makes an argument that some users rely on Evernote so much over time that they will consider it to be as valuable  as a car).

At first, the cohort from March, 2009, didn’t spend any money. In the first month, Evernote made about $300, meaning about 60 of the original 31,334 users decided to subscribe on the spot. But the longer people used it, the more likely they were to subscribe. With some sense of relief, Libin said that the cohort’s subscriptions grew over time so that now those users generate $8,000 per month.

“Our users are like a fine, stinky cheese or wine,” Libin said. “It gets better every month.” (Note to entrepreneurs: Maybe you shouldn’t refer to your users as stinky cheese).

Overall revenue from the company is now greater than $150,000 per month. Each time the company started talking about its subscriptions and new features, it got an increase in adoption. At the time when the first annual renewals came up, there was no decrease in the rate of renewals or sign-ups. That means that the application hasn’t yet reached its saturation point for any of its cohorts, Libin said. 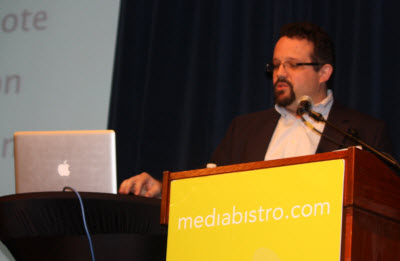 Also in the first month, revenues were about 3 cents per active users. After two years, the revenue per active user rose to 70 cents per month. The behavior of the cohorts is expected to change over time. For instance, Evernote software is now included on every Sony Vaio computer sold. Those users are likely to behave differently from those who sought out the software on their own and downloaded it.

Costs per active user started at around 50 cents. Now, that has dropped to around 8 cents or 9 cents per active user. The variable expenses per user include infrastructure such as server hardware, software, hosting, networking, backup storage, and electricity usage. That adds up to about 21 percent of current variable expenses. The customer service salaries are 27 percent of expenses, and network operations salaries are 52 percent of expenses.

Efficiencies come from the advance of Moore’s Law and the growing efficiency of server hardware. But Libin said, “You multiply Moore’s Law by Murphy’s Law, which means the number of things that go wrong will double every year.”

The company became profitable on a gross profit basis in January, 2009, and now it earns a gross profit of 11 cents per active user per month. This is why the company has been able to raise $22.5 million in three rounds from investors including Morgenthaler Ventures, NTT DoCoMo, and Troika Dialog.

The lessons from this growth: Create a product that has a great long-term retention rate; make something whose value increases over time; keep your variable costs low.