Freescale is announcing a processor today that it hopes will be useful in self-driving cars. The big automotive chip maker hopes that its S32V Vision Processor will help steer the auto industry to the first crash-less car. 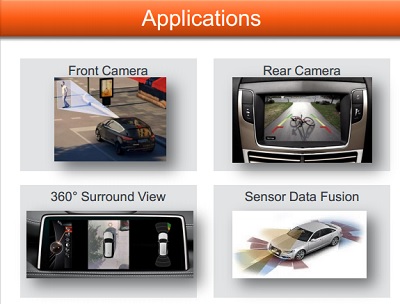 Above: Driver-assist technologies the S32V Vision Processor could power.

The company unveiled the chip at the Mobile World Congress event in Barcelona, Spain. The chip has features such as reliability, safety, and security that are necessary to “co-pilot” a self-aware car, the company said. It’s also their first step toward cars that will drive themselves, possibly by the year 2030.

Ray Cornyn, vice president of automotive engineering for microcontrollers at Freescale, said in an interview with VentureBeat that autonomous cars will be a major step forward in safety, once the engineers get it right.

The first steps are going to be driver-assist technologies, such as pedestrian alerts, safety braking, and lane-departure correction. At some point, when those technologies are perfected, the car will be in a better position to drive itself.

“Autonomous driving cars are going to have a major social impact,” Cornyn said. “We will move from assisting drivers to actively taking control. We are not there now. But it’s not so far away.”

Freescale’s S32V processor is designed for automotive-grade quality standards, Cornyn said. That’s because it has a large amount of redundancy in its circuitry, and it includes safeguards against wireless interference. The quad-core ARM-based processor uses second-generation smart image processing from CogniVue, and it can pull in data from a number of sensors and process it.

“We are focused on taking data from the front camera and doing pedestrian detection,” Cornyn said. “There is a huge amount of responsibility associated with this task.”

When you aren’t driving your car, you’re going to be free to do things like access the Internet. That means that self-driving cars have to be able to communicate as well as have the artificial intelligence to drive for you. Cornyn said the company has taken care to design the chip so that it can deal with unauthorized hackers.

“There are other solutions out there that provide higher overall performance, but not that fit into this low-power envelope while meeting the automotive safety and security standards, which is critical,” said Jim McGregor, principal analyst at Tirias Research, in an email. “In addition, Freescale integrates network-level security into the device. The S32V is a good fit for the vast majority of assisted driving solutions that will be used in mainstream cars for the next several years.”

Cornyn said Freescale expects to ship the chip in July in small samples. It will maybe take another year to design into products, and another year before it appears in vehicles. So sometime in 2017 is perhaps the earliest when cars using the chip will appear in the market.

“The architecture is designed with a lot of fault tolerance, and it is designed to last in a car for a long time,” Cornyn said. 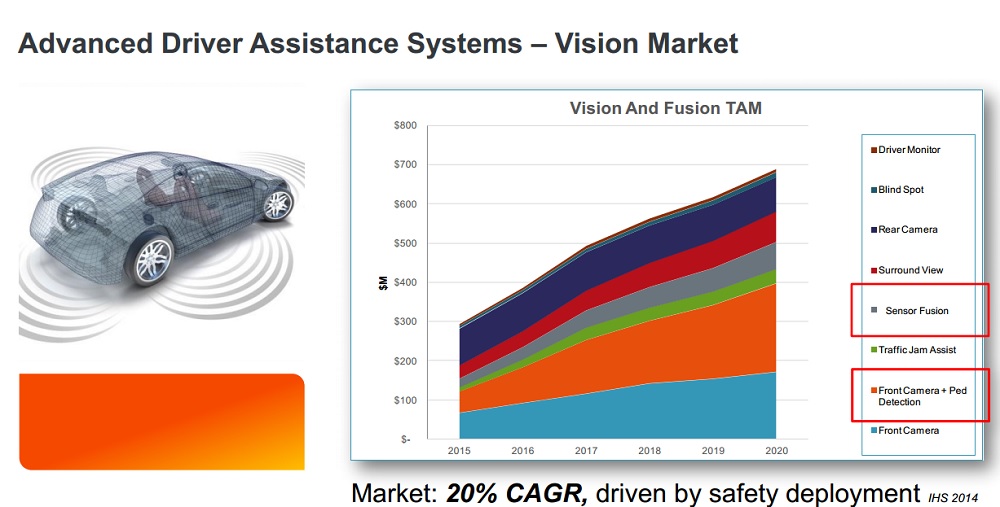 Google has been testing self-driving cars. But advanced driver-assistance systems are already expected to be a $300 million market in 2015, according to market researcher IHS. That is expected to grow to $700 million in 2020. That is a 20 percent compound annual growth rate.

Other chip makers are also chasing the market. Nvidia said it has sold more than 7 million units into the automotive market, and it recently unveiled a “supercomputer for the car” in its Tegra X1-based autopilot computer and a separate dashboard computer.

Above: Freescale is making processors and sensors that can detect pedestrians.