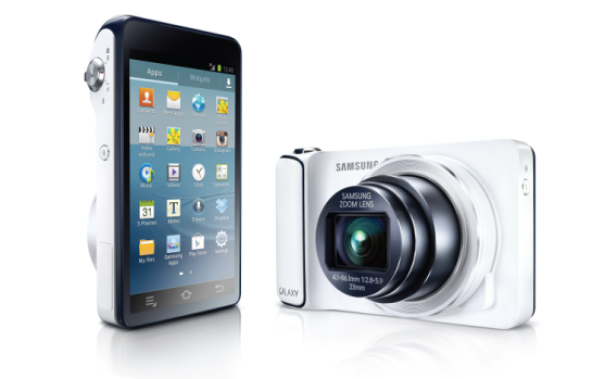 The smartphone and point-and-shoot are about to kiss and make up.

Samsung today announced the Galaxy Camera, a Frankensteinian combination of an Android smartphone and point-and-shoot camera.

Connectivity options include Bluetooth, Wi-Fi, 3G, and 4G, which means that you are likely going to hear a lot about it from the likes of Verizon and AT&T this fall. But here’s the question: Are consumers really going to buy something like this on-contract?

As for storage, while the device does come with 8GB of on-board memory, Samsung isn’t furnishing it with SD card support. Instead, users are going to have to invest in microSD cards if they want to upgrade.

In all, the Galaxy Camera is an interesting product, and one that few companies would be crazy enough to even attempt.

Samsung, however, isn’t the first to jump into the camera-smartphone market. Last week, Nikon announced the Coolpix S800c, a similar hybrid that the Galaxy Camera has already out-shined.

The big question mark about the device, of course, is price, which Samsung has yet to announce.