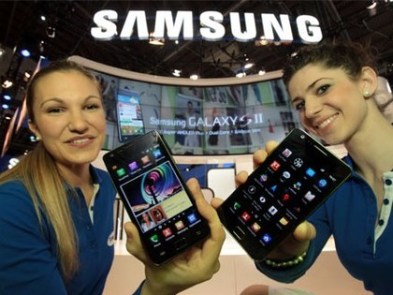 It looks like Samsung’s upcoming Galaxy S II may be the Android smartphone to beat this year. The company announced on Sunday that worldwide pre-orders for the phone — the successor to last year’s wildly popular Galaxy S series — have hit 3 million.

The pre-orders — while not exactly surprising — are a sign that Samsung has yet another hot Android smartphone on its hands. The numbers is also particularly impressive since many countries, including the US, still have no release date (or pre-orders) for the Galaxy S II. Expect this pre-order figure to skyrocket over the next few months.

The news follows the Galaxy S II beating out iPhone 4 pre-orders in Korea, where it sold an excess of 120,000 units in its first three days.

I’ve been looking for the perfect Android phone for some time, and I’ll admit the Galaxy S II seems to be the most compelling option at the moment. It sports a 4.3-inch Super AMOLED Plus display and fast dual-core processor.

Early reviews point to the phone living up to its powerhouse specs: “It’s the best Android smartphone yet, but more importantly, it might well be the best smartphone, period,” Vlad Savov wrote in his Galaxy S II review for Engadget.