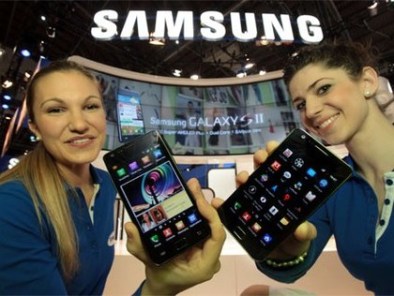 Samsung’s much anticipated Galaxy S II smartphone still hasn’t launched in the US, but the company is already looking forward to its next flagship device, the Galaxy S III.

Samsung President J.K. Shin told the Wall Street Journal that the company is aiming to release the Galaxy S III in the first half of next year — which isn’t too surprising, since that puts it a year after the Galaxy S II’s launch in April.

Additionally, Samsung announced today that it has sold 1 million Galaxy S II phones in South Korea during its first month. That makes it the fastest-selling smartphone ever in South Korea. In comparison, the original Galaxy S took 70 days to reach the same amount, Samsung said.

At this point, it looks like Samsung is going to release a new flagship Galaxy S device every year. Samsung so far has been fairly conservative with its estimates for the Galaxy S II’s success, saying that it expects to ship 10 million units this year. But the company also managed to sell 10 million units of the original Galaxy S last year — and that phone didn’t have anywhere near the amount of hype or expectations of this year’s model. I suspect Samsung will reassess its estimates for the Galaxy S II soon, and it could sell upwards of 15 to 20 million units this year.

The WSJ notes that Samsung is, unsurprisingly, aiming to deliver even more Android devices this year, potentially shifting focus away from its own Bada feature phone operating system.

Shin said 4G versions of its new 8.9-inch and 10.1-inch Galaxy Tabs will likely arrive later this year. “The 4G race has already begun. All carriers are coping with high data traffic with the availability of tablets and without 4G service, it will become increasingly difficult to cope,” he said.

Shin also spoke briefly on Samsung’s ongoing lawsuit with Apple: “We didn’t copy Apple’s design,” he said. “We have used many similar designs over the past years and it [Apple’s allegation] will not be legally problematic.”