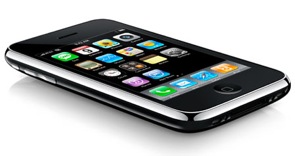 Despite Apple‘s efforts to promote the iPhone 3G as a mobile device that’s ready for “enterprise,” i.e. use by big companies, a new report from Gartner says the iPhone still falls a bit short, for two main reasons — security and battery life.

Gartner hasn’t posted a summary of the report, titled “iPhone 2.0 is ready for enterprise, but caveats apply,” but Computerworld has a good overview. Here’s analyst Ken Dulaney’s big message: “Enterprises should approach expanded use of the iPhone slowly and with close examination.”

Dulaney’s biggest concern with the iPhone is security. Apparently, data cannot be encrypted on the device itself, due to problems with the iPhone’s application programming interface (API) preventing third-party software vendors from creating an encryption application. For that reason, Dulaney advises companies against running their own custom apps on the iPhone. That’s rather damning since Apple made a big deal about the iPhone’s potential as an enterprise app platform when it announced the 3G in June.

Instead, Dulaney says, the iPhone is better suited to more casual use like emails and Web browsing. And even then it has limitations — namely the much-complained about short battery life.

Neither of Dulaney’s points are all that unique, but they certainly fuel the perception that the iPhone is more a consumer toy than a business tool. That may not hurt the 3G’s blockbuster sales, but it could mean seeing more and more people carrying a BlackBerry for work and an iPhone for fun — that’s certainly something I’ve noticed.

Still, it’s rather early for a final verdict on the iPhone as an enterprise device, and I’d be very surprised if Apple doesn’t find ways to address the shortcomings that Dulaney mentions. I’d say it’s also too early for BlackBerry-maker Research in Motion to breathe a sigh of relief.