Global mobile-ad spending on Android grew an astounding 539 percent in the first quarter compared to a year earlier, according to PapayaMobile’s AppFlood service.

The statistic captures the rapid increase in mobile advertising as many other sectors catch up with games in the race to snare the attention of a billion mobile users. 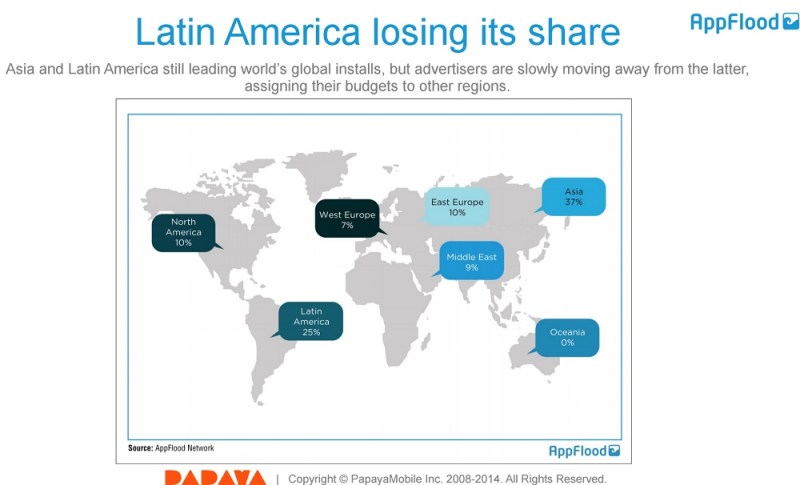 Above: Latin America mobile-ad growth slowed down in Q1.

The quarter saw a spike in the popularity of advertising for utility apps, which accounted for 60 percent of the ad spend in the first quarter. The cost per install (CPI) for utility apps was lower than for any other category. Overall, CPI prices were stable at 40 cents.

“Utility is a category that doesn’t have huge players yet. Utility apps usually have very high retention rate and user engagement, and it is relatively cheaper to acquire with utility apps,” said Si Shen, chief executive of PapayaMobile, in an email to GamesBeat. “The audience pool is huge. Chinese companies like Cheetah Mobile make for great examples.”

Separately, market research AppAnnie says that the top utility apps at the moment come from Chinese companies: Clean Master and Flashlight from Baidu, and Zero Launcher from Sungy Mobile.

During the quarter, ad spending in Latin America weakened as the Brazilian economy went into a downturn. More ad spending also happened in Western Europe and the U.S.

The countries with the most number of installs are Indonesia, India, and the U.S. Western Europe and North America saw the highest growth in installs. A significant increase in the install rate also occurred in Oceania.

PapayaMobile launched its AppFlood programmatic mobile-ad platform in 2012. Now, it delivers nearly a half million installs per day and 800 million daily ad impressions. PapayaMobile has more than 150 employees and is based in Beijing. 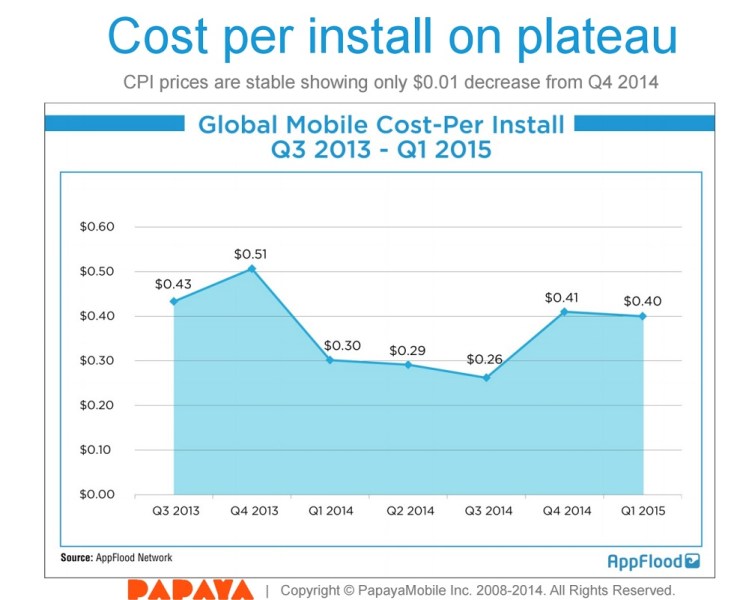 Above: Cost per install was flat in Q1.