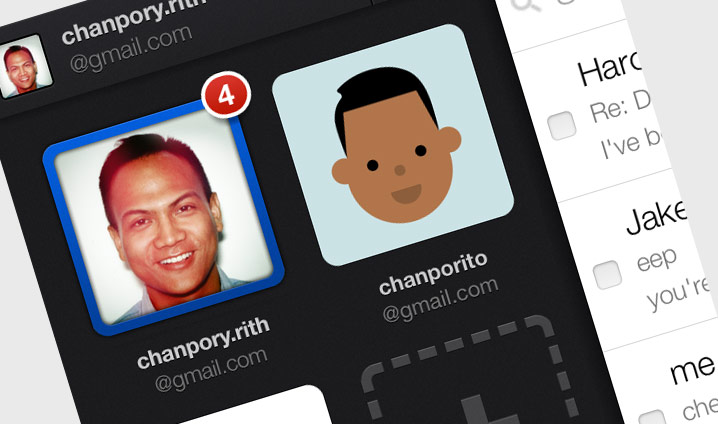 Six months ago, Google says, it started working on a new Gmail app for iPhone and iPad. That’s a long time, but Gmail fans who can’t part with their gorgeous Apple hardware will probably think it’s worth the wait.

The new app has multiple-account support — essential for those of us with secret identities — an infinite scrolling inbox, and predictive response to searches. It may be overkill, but Google has built the ability to add up to five separate accounts on your iPhone. It also has a nice new very Google+ user interface and some time-saving shortcuts such as the ability to instantly RSVP to Google Calendar invites.

That Google+ feeling isn’t an accident — Google has built in the ability to comment on Google+ posts directly from your email.

The update is for iPhone, iPad, and iPod Touch and requires at least iOS 5. It is optimized for the iPhone 5’s longer screen and is available in 43 languages, including Tagalog and Lingala, which Google tells me is a Bantu language spoken throughout the northwestern part of the Democratic Republic of the Congo.

Google says the app is available immediately, and it is visible online, but I was not able to find it in the Apple app store app, suggesting that perhaps not all of Apple’s iTunes servers have been updated with the new version yet.