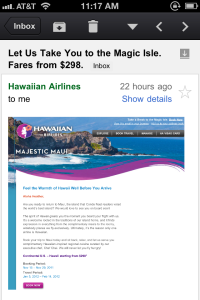 Google has re-released its Gmail app for the iPhone and iPod touch, two weeks after the company botched the app’s initial debut and yanked it from the App Store.

The major bugs have been addressed — there’s no more error warning when you first start-up the app, notifications work and images embedded in emails scale down to fit the small screen.

Unfortunately, bugs were just a fraction of what was disappointing about the Gmail iPhone app. Even with those glaring errors fixed, it is still an slightly tricked-out version of Gmail’s mobile web app.

Thankfully, Google is paying attention to the complaints. In its blog post announcing the update, Google said that it is working on adding many of the new features users have requested in the past couple of weeks, including support for multiple accounts and signatures.

The unlucky few who downloaded the first version will need fully uninstall or log out of the original app before installing Gmail 1.0.2.  The free app works on iPhones and iPod touches running iOS 4.0 or later.