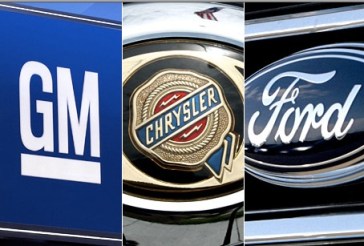 While it comes as a big surprise that Google is buying Motorola Mobility, it is just as surprising that Apple launched a cloud service that will eventually fully compete with Google’s services and Microsoft essentially turned Nokia into its own private Foxconn and will compete with Apple’s devices.

All of these moves actually fit economic theory perfectly: Personal computing is now pervasive throughout our society, and the 30-year-old industry is maturing into a “rule of three” phase, where three large players will dominate the industry: Apple, Google and Microsoft are the GM, Ford and Chrysler of our era.

Each of these products on its own merits doesn’t really make sense, but from a full stack’s gaps perspective, they make a whole lot of sense. It doesn’t matter if each product isn’t best-of-breed, because of best-of-breed just doesn’t matter anymore. What matters is that each player has each product and, over time, can improve that product and better integrate the product into its overall, vertical solution. Apple’s iCloud offering is nowhere near as good as Google’s and Microsoft’s offerings. But it is good enough to keep the Apple fanboys around, and that’s all that matters.

Over the past few years we have seen the same type of “insane” moves in the enterprise space. Why did Oracle acquire Sun and replicate Red Hat’s version of Linux? Because Oracle wants to play in the consolidated big three of the enterprise and had to match IBM with its full suite of business apps, DB2 database, AIX operating system, and PowerPC hardware. There are still some crazy moves left in the enterprise space, such as HP and SAP merging so that they can match IBM and HP.

The “big three” computer players now all have massive patent portfolios, and they are not likely to sue each other as it will be mutually assured destruction. However, they will be more than happy to tax niche players into extinction, much like HTC is paying Microsoft for each Android handset it ships. Even IBM, with its patent trove and aggressive IP monetization arm, doesn’t want to play in this fight, and sold its mobility patents off to Google.

We can expect Microsoft to pick up RIM and HTC much like it picked up Nokia, lock down computer hardware manufacturers with stringent guidelines and add stores to compete with Apple on service. Apple will aggressively build out its cloud infrastructure and beef up AppleTV to fend off the XBox. Google will continue to beef up its productivity apps and focus on consumer hardware. All three will compete on the next generation of answers-oriented, Siri-like search.

Even the carriers could be in play, with former Apple President (and my two time board member and longtime mentor) Jean-Louis Gassée predicting that Google will acquire TMobile. Sound crazy? C’mon Google needs stores to compete with Apple and Microsoft. And owning a carrier just raises the stakes for the other two even further. It’s no crazier than Google buying Motorola. Game on. 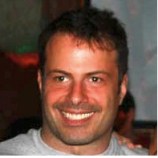