Google is updating its flagship photo service today with a handful of new features timed for the holidays.

Google’s interest in photography began years ago, perhaps when the company acquired Picasa in 2004. However, its latest photo service, Google Photos, is relatively new — it launched about a year and a half ago.

Today Google is introducing new editing and “movie” (slideshow) features to the Google Photos app. And the company is launching a separate app named PhotoScan, because it would like to host and organize all of your photos, including the ones you printed on paper years ago. 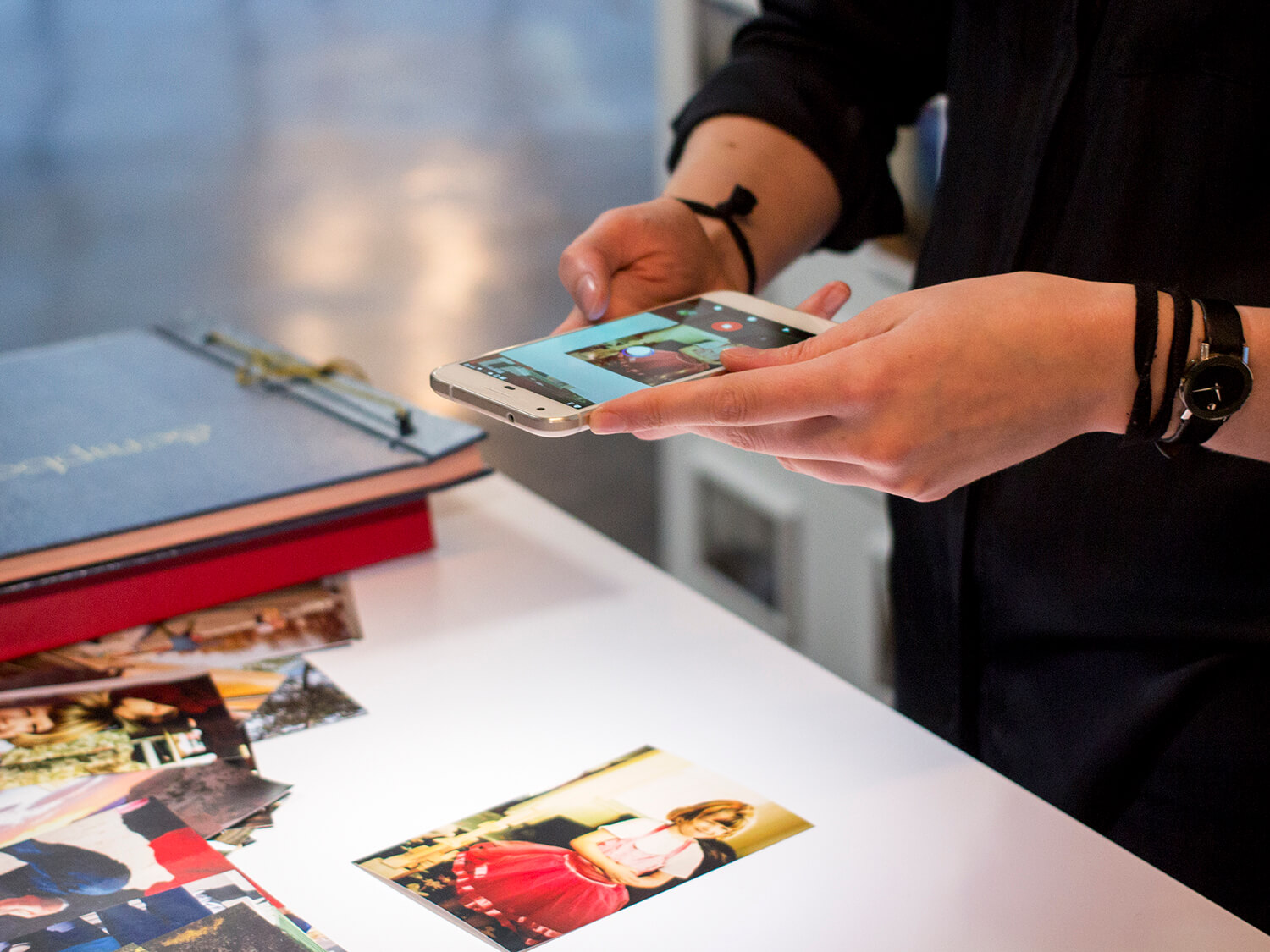 Google’s new photo scanning app does what most photo and document scanners do, with a little twist: Instead of aligning edges and cropping, the app asks you to hover over four circles across each corner of a photograph to capture the image without glare.

Google says this technique, enabled by machine learning, was inspired by how people look at physical photographs, tilting and turning them in hand. But the scanning feature also feels a bit like taking a panoramic photo — it’s easy, but some effort is required.

After trying the app ourselves (for only a moment), it felt speedy enough and the results appeared to be accurate, but we’ll need more time with the feature before outright recommending it.

Anyway, Google would like you to try it next time you’re browsing the family photo album.

Google’s automatic slideshow creator, Movies, has existed since Google Photos’ debut, and today Google announced a few new themes for the service, including one called Lullaby (out today), made of photos and videos of your baby, assuming you have a baby. There’s also a theme for those who celebrate Christmas (coming in December) and another for pet owners (on National Pet Day).

These updates are all pretty small — the core Google Photos service is still the same — but existing users may enjoy the updates, and these features may help Google win over users who were waiting for more sophisticated editing options.

And it’s interesting to see Google invest time and machine-learning expertise into preserving the world’s film photographs; that’s likely the most important bit from today’s announcements.