The new Chromebook 13 laptops with carbon fiber covers and Intel Core i3 or i5 chips — named for their 13.3-inch screens — will start at $399 and will cost as much as $899 when they become available on September 17.

So far Chromebooks have picked up considerable usage in schools — in October they were reported to be outselling iPads — but they haven’t been widely deployed in enterprises.

And so Google has been hard at work adding features to Chromebooks for Work, building on the announcement of the program and its new features in October. Today Google is announcing support for Pulse Secure and Dell SonicWall virtual private networks, along with desktop virtualization software from VMware, Dell, or Citrix. And now Chromebooks for Work can connect to Box, Dropbox, or Microsoft OneDrive cloud file-sharing services.

“We believe that Chromebooks are now ready for work,” Rajen Sheth, director of product management for Android and Chrome for business and education at Google, told reporters at a press conference at Google’s San Francisco office today. 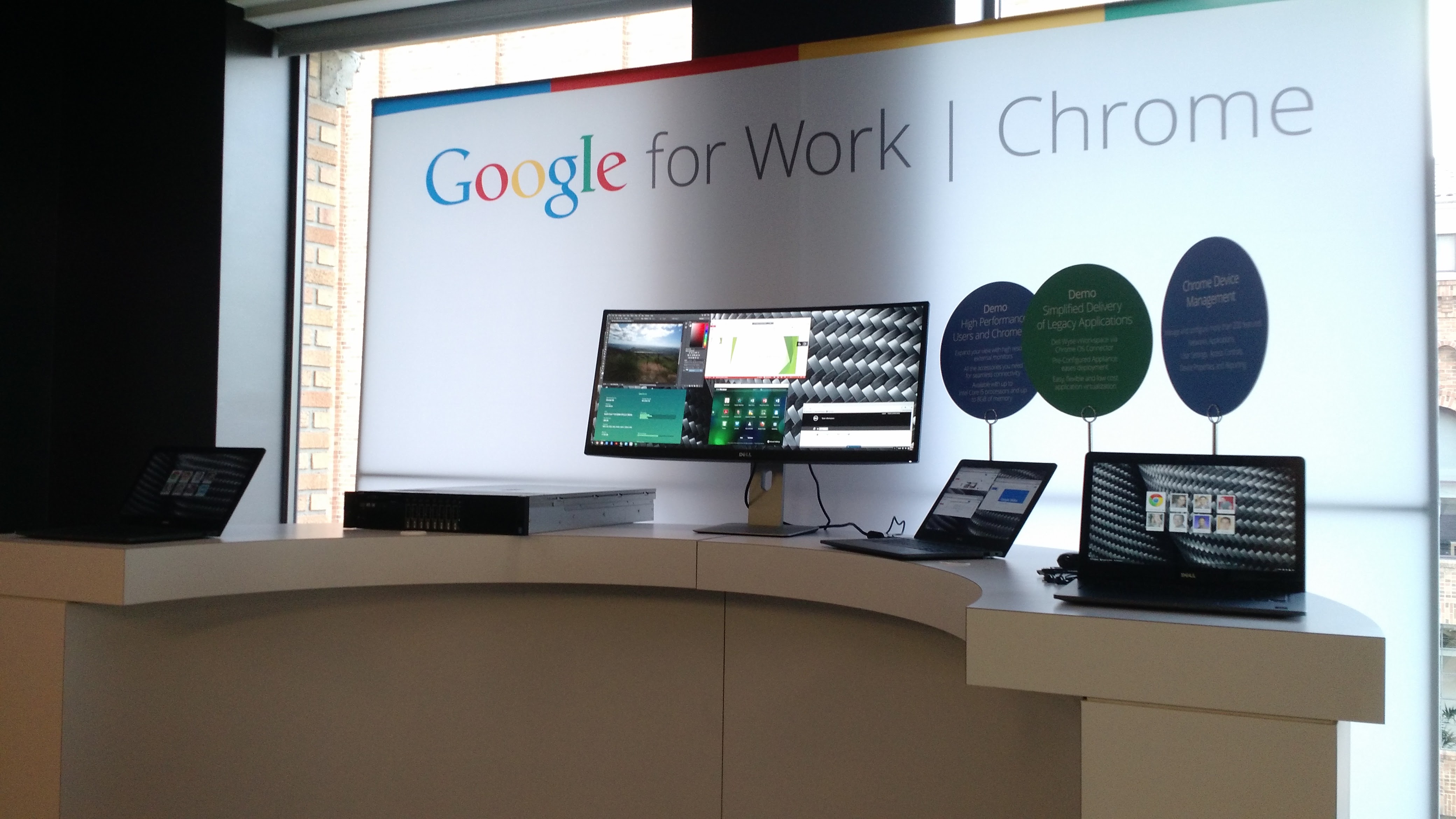 Above: Chromebooks for Work. The big screen in the middle is running Microsoft Word and Adobe Photoshop.

With Google’s Chrome Device Management Console, admins can now more easily manage specific end users’ devices by using specific asset identifier tags, and they can also allow end users to get an auto-complete feature when they type in their email addresses to log on. That way they don’t have to waste time typing in email addresses with very long domain names at the end.

Of course, admins can also control which Chromebooks receive the latest Chrome updates, and they can ensure that users get set up with certain bookmarks, too. 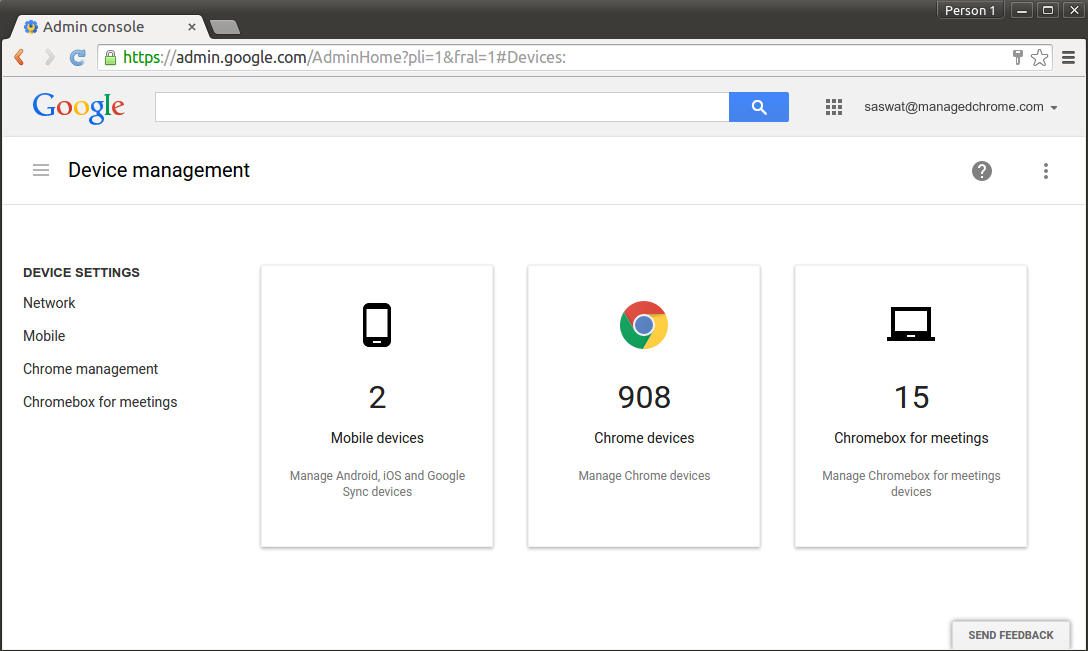 Above: The Chrome Device Management Console.

Sanmina, a publicly traded electronics manufacturer, had previously deployed around 200 or 300 Chromebooks, but will be provisioning “10 to 15 times that in the next couple of years,” its chief information officer Manesh Patel said at today’s press event. Chrome OS could help Sanmina cut in half its total cost of ownership for traditional desktops and laptops, Patel said.

“We’re continuing to see value-add as we deploy it,” he said.

A blog post has more detail on the new features of Chromebooks for Work. Dell has a statement on its new Chromebook 13 here.

Above: A Dell Chromebook 13.