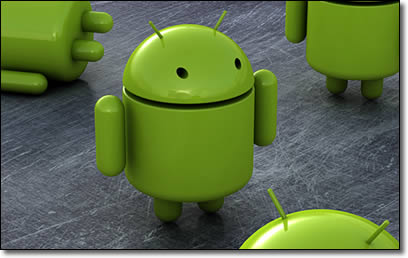 How open is open? Google is reportedly tightening access to its open source Android mobile operating system and restricting the sort of tweaks manufacturers can make to the OS, multiple executives tell Businessweek.

That seems to go against Android’s open source nature. When Google first launched the OS in 2008, it was heralded as a completely open platform that would compete against Apple’s closed iPhone OS. That meant any manufacturer could install Android in their devices and make any changes necessary to it. But Android is no longer the scrappy mobile underdog — it’s the global smartphone leader with 31 percent market share — and Google can no longer afford to be idealistic.

Open source advocates will surely take issue with Android’s new direction, but anyone who has been following the platform closely will likely view the tighter controls as necessary. Users, developers and device manufacturers have been complaining for some time about Android’s fragmentation issues — which include apps and features only being available on certain phones and Android updates that take forever to reach older devices. Google’s only real solution is to take a stronger role in managing Android’s development and deployment.

Google has recently been enforcing “non-fragmentation clauses” with Android licensees, which prevents them from changing Android code too much, sources tell Businessweek. The clauses themselves are nothing new, but Google is apparently being much more vigilant about enforcing them.

Other recent moves by Google may face scrutiny from regulators. Sources say Google has tried to hold up the release of Android phones on Verizon that use Microsoft’s Bing search engine. (Microsoft this morning announced that it’s filing antitrust complaints against Google in Europe.)

Last week, it was revealed that Google will be delaying the release of Android 3.0 “Honeycomb” to the public — something that falls in line with the news that Google wants tighter control of Android.

It was inevitable that Google would eventually move away from being completely open with Android. Being completely open allowed an immature Android to gain its footing. Now that it’s a mobile titan, Google needs to ensure that Android can grow up and offer an experience as polished as Apple’s iOS.