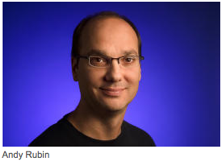 Andy Rubin, the co-founder of Google’s mobile phone system Android, has emerged from relative silence with a CNET interview entitled “Android a ‘revolution,'” which reads like the speech of a victor.

Rubin has been relatively silent over the past two years. Since announcing phone operating system a year and a half ago, he’s worked feverishly to make sure it gets adopted by the major phone manufacturers — but kept his head down in the process.

In his interview, Rubin suggests Apple’s closed, proprietary iPhone, like other phones, relegates the user to a “corner” of what is really possible with the web (perhaps referring to the widespread criticism of the iPhone that it can’t perform multiple tasks at once), and that Google’s Android aims is to allow the user to access the Web in any way they choose (see our story about this Apple-Google rivalry here). 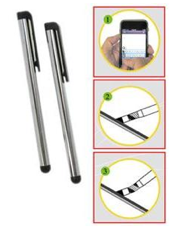 More specifically, Rubin suggests Google is about to emerge strong in Asia. At least a couple of launches will be announced shortly, he says (China Unicom may be one of them), adding that China, in particular has shown interest in Google’s Android phone, because it lets them use a stylus for complex characters:

The use cases in China are slightly different in the U.S.; typically in China, because of the Asian input, people prefer a pen-based interface rather than a capacitive-touch based interface because they expect a stylus to be able to draw the complex characters. So the use case has completely changed but we have achieved compatibility.

We’ll be having a great debate about the prospects of the various mobile platforms — Android, Apple, the new Palm Pre, RIM, Windows and Nokia’s Symbian — at MobileBeat 2009, on July 16. There’s a couple of days left to get a $145 a discount (Saturday May 23 is last day), so move quickly.