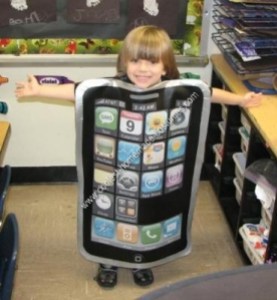 The next wave of computer innovation might be heading to the runway — or at least your wardrobe — if tech titans Apple and Google have anything to say about it.

With wearable computing, both companies are aiming to boost sales of smartphones, according to a New York Times report. The wearable technology will add a new level to the user experience by collecting data new kinds of data about the wearer.

According to anonymous sources in the report, Google is working on new wearable peripherals that communicate info to an Android smartphone. The company has hired engineers from Nokia Labs, Apple and various universities to work on the project.

As for Apple, the company is also experimenting with wearable technology capable of transmitting data back to its iPhone device. The iPhone itself is already doing some of this. iOS applications from Nike do things like count your steps and calculate fitness goals. One of the concept devices Apple engineers are testing is a bracelet-like curved-glass iPod.

Cellphone’s are already frequently the most relied upon machine in our day-to-day routines. Smartphones have replaced wrist watches and alarm clocks. They’re rapidly chipping away at printed newspapers and physical day planners. So, it makes sense to integrate them into wearable technology.

Either way, the technology is years away from production.