Having developed the Wear OS platform for smartwatches, Google is making an intriguingly related acquisition from Fossil Group, the companies announced today, resulting in the transfer of a Fossil-developed smartwatch technology to Google. Neither entity is specifying what the technology is, but both companies will apparently continue to develop smartwatches — potentially in closer collaboration than before.

According to the companies, the $40 million deal will see Google acquire a smartwatch intellectual property and the portion of Fossil’s R&D team that currently supports it. However, Fossil will retain an R&D team with over 200 people and keep creating smartwatches, which it notes have become the company’s fastest growing product category in recent years.

“We’ve built and advanced a technology that has the potential to improve upon our existing platform of smartwatches,” said Fossil chief strategy and digital officer Greg McKelvey. “Together with Google, our innovation partner, we’ll continue to unlock growth in wearables.”

Without providing any specifics, the release suggests that the technology may have something to do with a diversity of consumer needs and style preferences. Both McKelvey and Google Wear OS VP Stacey Burr refer to Fossil’s track record of releasing multiple watches for different users, which the company has already accomplished across 14 brands. Watch bands or other physical watch customizations could be natural options given Fossil’s prior product releases.

“Wearables, built for wellness, simplicity, personalization and helpfulness, have the opportunity to improve lives by bringing users the information and insights they need quickly, at a glance,” explained Burr. “The addition of Fossil Group’s technology and team to Google demonstrates our commitment to the wearables industry by enabling a diverse portfolio of smartwatches and supporting the ever-evolving needs of the vitality-seeking, on-the-go consumer.”

The size of the deal isn’t huge by wearable industry standards. Fossil itself paid $260 million to acquire Misfit back in 2015, and Adidas bought wearable fitness company Runtastic for $239 million. But since then, sub-$50 million deals — and failed deals — have been more common.

Google is expected to complete the Fossil IP acquisition by the end of January. Resulting improvements to Wear OS or the overall Google smartwatch ecosystem could become apparent later this year.

Update at 12:49 p.m. Pacific: In an interview with smartwatch site Wareable, Fossil says that the mysterious intellectual property is an evolution of something acquired from Misfit, yet is “new to the market technology” and “a product that has features and benefits that aren’t in the category today.” McKelvey said that the technology would benefit from being deployed by Google to other partners in the ecosystem, and will be featured first in Fossil products, then in non-Fossil ones. 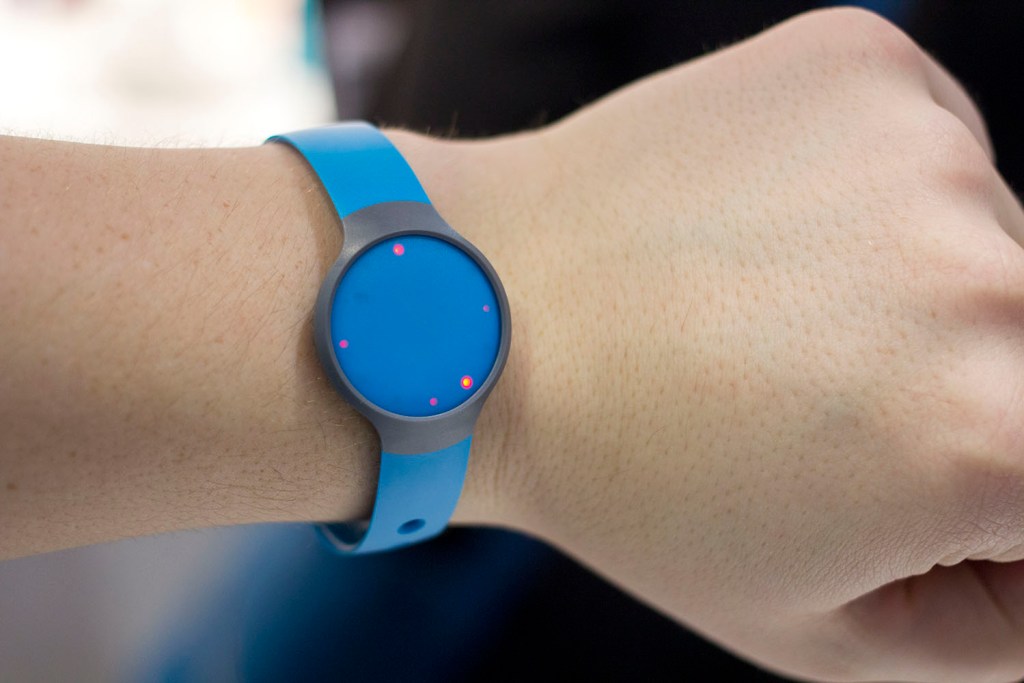 Misfit was perhaps best known for its Shine series of fitness and sleep trackers, which were capable of detaching their electronic components from their wristbands, enabling the basic metallic discs to be worn instead inside shirt clips called Clasps. The same concept later appeared in a less expensive, all-plastic model called Flash (shown above). With a more sophisticated smartwatch as the base, the same concept could be extended to a wrist wearable that’s capable of being carried like a pocket watch, mounted on an armband, or placed on a shirt — possibly something closer to an iPod shuffle or iPod nano media player.