Google today unveiled a brand new messaging service called Allo. The company says that it “brings the richness of Google right in the chat” while also helping you get in touch with anyone in your phone’s contact list. The goal is to make your communications more expressive based on your personality. The new app will be available later this summer.

On stage at the Google I/O developer conference, Erik Kay explained how assistive technology can make messaging more productive and expressive. For the most part, Allo is like any messaging app, but the benefits rest in certain features, such as suggested replies, which Google previously released for its Inbox for Gmail offering. It anticipates what you want to say next, learning each time you use it and suggests responses that might suit what you’d like to say. “Messaging isn’t just about text; smart replies have stickers and emojis too,” Kay said. 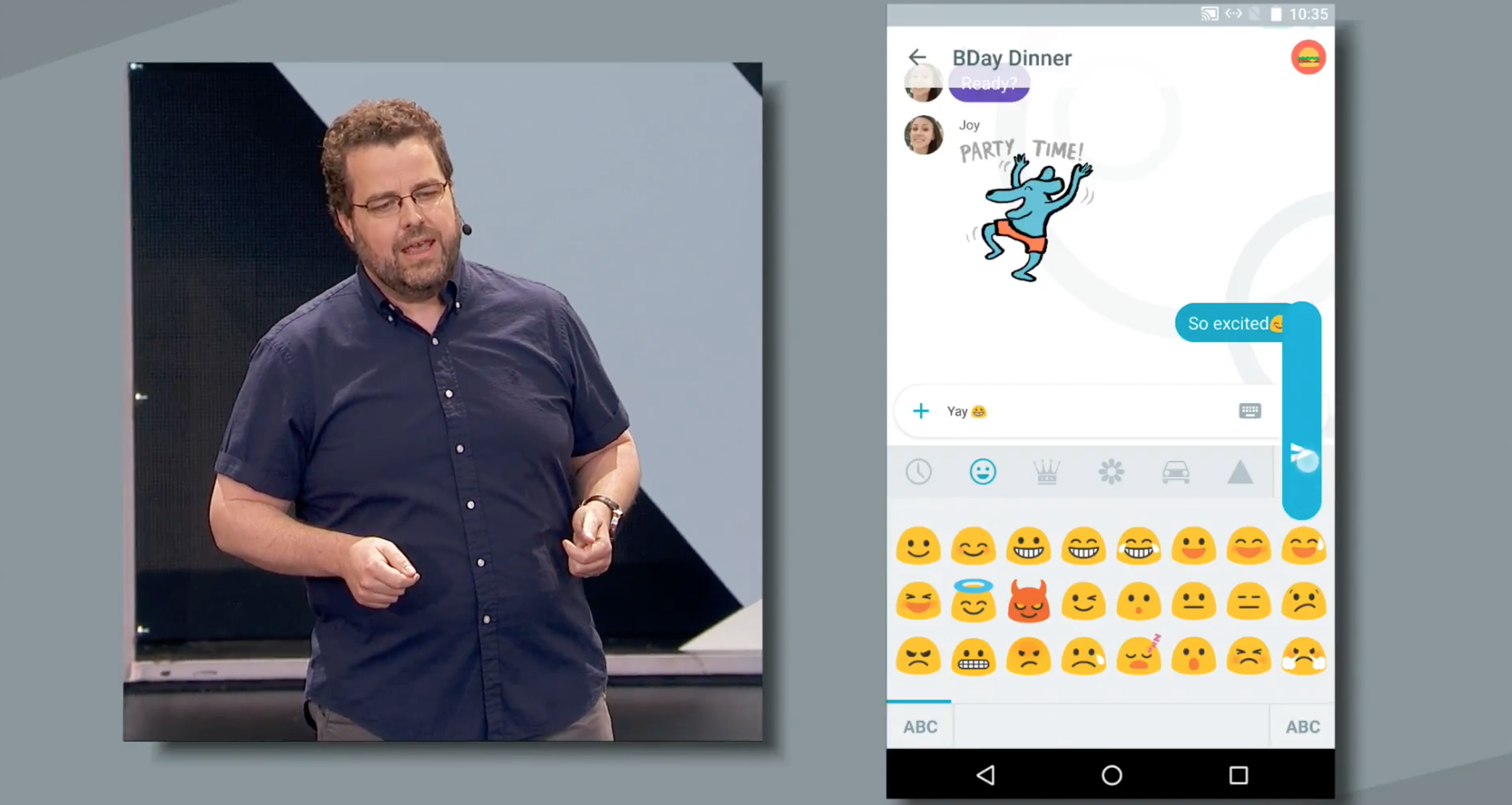 Another interesting aspect of Allo is when you send people photos through the app. Through the use of artificial intelligence and machine learning, it’ll provide you with suggestions on how to respond. During a demo on stage, a picture of a Burmese dog was shown and Allo displayed three options. You could either say “awww,” or perhaps “cute dog,” or get more specific. You can also use Google Assistant to play games such as guessing movies based on emojis, finding out sports scores, and more. Think about it as being Google’s counter to Facebook’s M assistant, which is available to a limited few through Facebook Messenger.

And Google isn’t done consolidating all the features from other messaging services, including end-to-end encryption, private notifications, and more, likely alleviating security and privacy concerns people have in light of Edward Snowden and the FBI/Apple case.

Reports first surfaced at the end of last year with sources telling The Wall Street Journal that Google was building a “mobile-messaging service that taps its artificial intelligence know-how and so-called chatbot technology.” The move probably should not be surprising, especially as applications like Line, WeChat, Skype, Slack, and Facebook Messenger have gotten into the bot market.

Signs of development were furthered during this year’s Mobile World Congress, where the company formed a partnership with multiple mobile operators such as Orange, Sprint, Deutsche Telekom, America Movil, Vodafone, and the wireless standards body GSMA to roll out the Rich Communication Services for Android. RCS creates cross-operator communications similar to SMS but with support for group messaging, IP voice calls, and file sharing, which is reminiscent of apps like WhatsApp, Telegram, and Facebook Messenger.

Before today, Google had multiple incarnations of a messaging service, with the current iteration being Hangouts, preceded by Google Talk.

The introduction of Allo comes at the same time as the release of Duo, Google’s alternative to Apple’s Facetime.

Allo will be available on iOS and Android this summer.