Starting today, Google’s Project Fi now offers a group plan. Fi users can now have up to six people on one plan, inviting new members at any time for $15 per month. That will get them unlimited talk and text (known as Fi Basics) and like with individual plans, they are only charged for the data they use at the same $10 per GB per month rate.

You can start your group plan by inviting people (including existing Fi subscribers) from your Fi account page. The group plan is appropriately named: This isn’t just for family members. You can add friends, classmates, colleagues, or whoever you want.

Project Fi is a mobile virtual network operator (MVNO) launched by Google over a year ago with plans starting at $20 per month (data costs an additional $10 per GB per month). This means the service relies not on Google’s own mobile network, but on existing networks provided by carriers (Sprint, T-Mobile, and U.S. Cellular), as well as Wi-Fi connections when they’re available. The catch is that Fi requires using a Nexus 6P, Nexus 5X, or Nexus 6, as these are the only phones the service supports for performing the handoffs between connections. The Pixel and Pixel XL, which arrive next week, will also support Fi.

Fi’s group plan requires no commitments and no contracts, and members can join or leave a plan without having to worry about fees. If anyone uses less data than they planned for, they get the unused data credited back in dollars and cents. 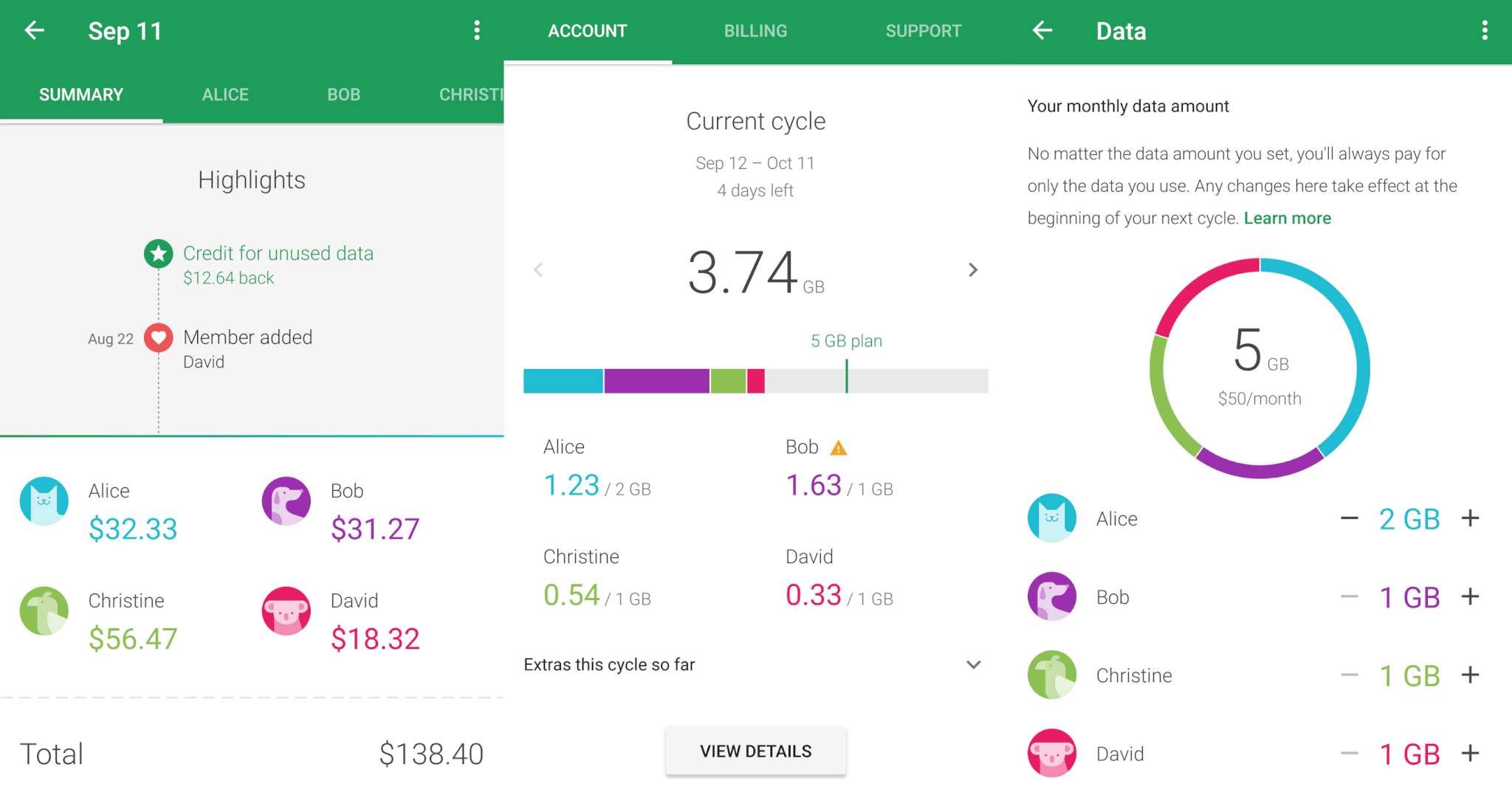 Google has also updated the Project Fi app to reflect the group plan. Members can view their own data usage from the app while managers can also view usage per member, and both can set data notifications to help pace their usage. Managers can even set monthly allowances per member and pause data service if a member goes overboard. Data usage breakdowns is also available per app to help you figure out what’s costing you the most.