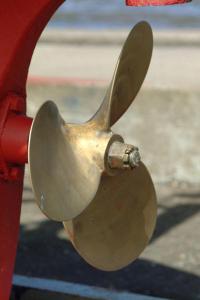 Search giant Google might be working on a digital-magazine app for tablets that’s similar to Flipboard, according to popular tech blogger Robert Scoble.

“I heard from someone working with Google that Google is working on a Flipboard competitor for both Android and iPad,” Scoble wrote in a note posted on Google’s social network Google+ today. “My source says that the versions he’s seen so far are mind-blowing good.”

If Google is working on a digital magazine app, it would be entering into competition with not only Flipboard but also AOL’s Editions, Yahoo’s Livestand and the recent CNN acquisition Zite.

According to All Things D, Google’s digital magazine app is reportedly called Propeller — the same name of the failed AOL social-driven news site from 2008. (“Google Buzz” was likewise poached from a Yahoo news service called “Buzz”, which is also defunct.) I’m not entirely sure what Google’s obsession is with recycling the names of bad news products, but hopefully Propeller will live up to Scoble’s mind-blowing-ly good description.

Google was unavailable for immediate comment about the rumored digital magazine app.