Get ready for the module ecosystem.

Today, Google released a Module Developers Kit (MDK) in advance of next week’s first Ara Developers Conference. This is the first detailed look at the do-it-yourself smartphones’ containers of features, the modules.

Last week, a video posted online showed the current state of Project Ara. It was originally part of Motorola Mobility, but Google retained Project Ara as part of its Advanced Technology and Projects group when it sold Motorola to Lenovo earlier this year.

The idea is that a physical smartphone framework, or endoskeleton, provides certain basic functions, such as a display. Interchangeable modules containing specific functions snap into blocks on the endoskeleton. Some modules might have protruding extensions to support additional functions, like a lens. 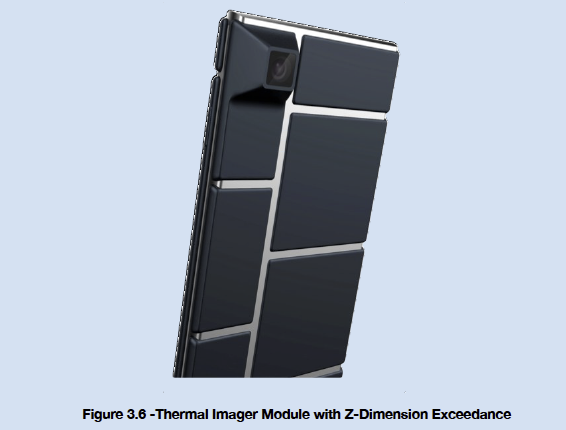 Brad Shimmin, an analyst with industry research firm Current Analysis, pointed out to VentureBeat that an Ara phone is a step in the opposite direction from the development of smartphones thus far, which have been “designed to be a blank slate” on which an app could impose any function. But completed Ara phones, he noted, are intended to become highly specialized — although adaptable — devices.

The new MDK, the tech giant said, “defines the Ara platform for module developers and provides reference implementations for various design features.” Inside the engineering specs, the document gives a first look at the new category of modules.

Ara owners can mix-and-match their own customized smartphones, as people might now do with hardware components of a home entertainment system. Modules could come from third-party suppliers, as well as by hobbyists. Users select modules from an online marketplace, using what the MDK describes as “a configurator that facilitates user choice and curates the configuration process to ensure that the selection of modules provides the expected system-level functionality.”

The endoskeletons come in mini, medium, and large sizes, the latter which is about the size of a mini-tablet or phablet. A power bus extends to each module block, and detection signals communicate when you insert or remove a module. While third parties are good bets to develop the modules, Google itself will likely make the endoskeletons.

Rear modules attach directly to the frames with electro-permanent magnets (EPM), while front modules use “EPM actuated latches or pins for attachment to the endo.” A module shell has a user-replaceable cover that you can customize or even 3D print. Modules are clearly labeled with such info as the name of the developer and the module function.

In addition to the technical details, the MDK scopes out the modules’ look and feel. A first stab at a module design language describes. …

“…a set of design elements used to visually communicate a specific aesthetic. Implementing a consistent design language ensures that every Ara phone has a set of aesthetically cohesive modules, even though each phone may include modules from different sources.”

The goal of the “module aesthetic is to create a smooth, flat, pebble form,” without sharp lines or edges that is “visually easy to understand” and enjoyable to hold.

Module art is right around the corner.