Updated September 5 at 7:13 AM with an accurate number of projected sales

Glass could be worth $3.3 billion to Google by 2017, one analyst suggests. And that’s even if only 650,000 people end up actually wearing the face-mounted augmented reality glasses.

Given the amount of interest in Google Glass and the average consumer’s increasing interest in wearable technology — in a recent survey, 20 percent of Americans wanted an Apple iWatch, sight unseen — I’d have to guess that three years of Glass sales could easily exceed that number.

Robert Peck of SunTrust Robinson Humphrey suggests that Glass will retail for $349, which seems reasonable given current rumors, but he says that almost all the revenue Google earns from Glass will be from advertising, as he expects Google to sell Glass at or near cost. That could be primarily local search ads as users search for restaurants or cafes, or play with the Google Field Trip app, recently released on Glass, on a vacation to discover local landmarks, galleries, tourist attractions, and more. 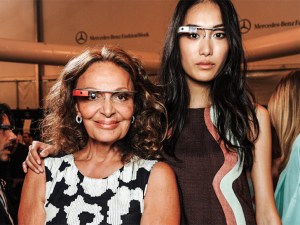 Early adopters like Robert Scoble paid $1,500 to buy Google Glass in its initial form, and he’s bullish on the long-term commercial success of the product, which he thinks might cost only $299.

“I’m pretty excited about where Google’s going – I think it will be a product that will stand up for decades as the launch of a new genre,” Scoble told me a few weeks ago. “It’s  a product that takes us to a new place … right now, this is best-of-breed.”

When I chatted with Scoble, he flicked Google Glass at least several times every five minutes as notifications came up and Glass shared the latest information with him. Each of those occasions is a chance for Google to monetize, although the search giant is far too smart to overload the interface with ads, especially initially.

And yet Scoble stayed completely in our conversation, something that Peck mentioned in his research note on Glass.

“If there is one point investors should take away from Glass, it is that the technology is unique because it enables a person to perform actions while keeping their head up and continuing their first-person perspective,” he said.

Google has no urgent need at the moment to find additional monetization, which is why it can indulge in the seeming luxury of working on such long-term projects as self-driving cars. And Google is certainly going to do whatever it can to ensure the success of its new platform, which may mean it will introduce advertising, if at all, very gently, very carefully, and very slowly.