Rejoice, all of you visually impaired nerds — prescription lens Google Glasses are here.

After promising them since Glass was first announced, Google today unveiled several new eyeglass frames that can fit prescription lenses. They’ll run you an additional $225 on top of the current $1,500 Google Glass price, and of course, they’re still only available for those selected for the Google Glass Explorer program. Google is expected to make Glass widely available by the end of the year.

The new frames look like something out of Warby Parker’s high-end metal line (although Google was rumored to be working with Warby, it developed these frames on its own) — they’re made out of titanium and come in four different styles and eight different colors. Google has also formed a partnership with insurance company VSP to help defer the cost of the new frames.

Unfortunately, there still seem to be some annoyances, according to Re/code: Removing the Glass unit from the frames requires a screwdriver, which makes it inconvenient to swap over to the Glass sunglass frames (which can’t be placed on top of the new frames). And even though the frames make it easier to wear Glass all day, the device’s battery life is notoriously short.

And it seems Google is still a bit clueless when it comes to adapting Glass to prescription lens users. Glass product director Steve Lee tells Re/code that you can get prescription lenses that adapt to daylight if you need easy access to sunglasses — but those types of lenses are notoriously bad for driving (they rely on the sun’s UV light to transition to shades, but that light is blocked by your car’s windshield). Many wearers of so-called “transition” lenses keep a separate pair of shades in the car for driving.

As for the battery issue, Lee says that Glass’s battery life has improved significantly since launch (as long as you don’t take too much video). But even so, people who need their glasses to see may have trouble taking them off to charge Glass throughout the day. It’s far more inconvenient than just whipping out your smartphone to get some extra juice.

For a product that aims to replace traditional glasses, it’s somewhat strange that Glass still doesn’t fit into the usage habits of typical eyeglass wearers. 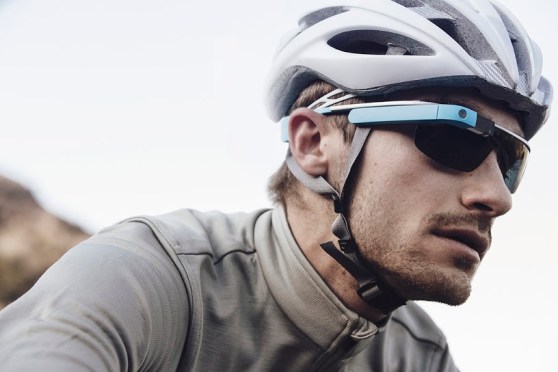