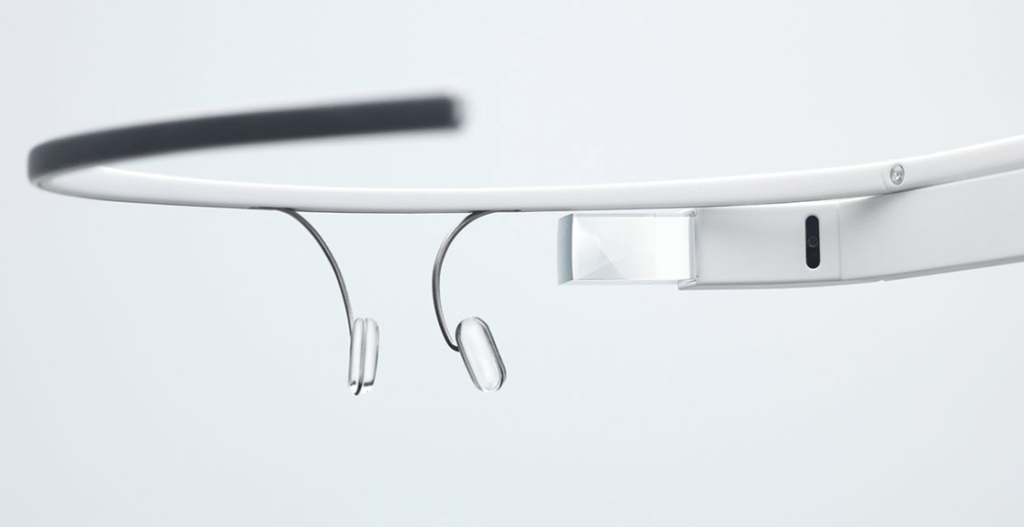 The first outsider’s picture of what it’s actually like to use Google’s new assisted-reality Glass was masterfully painted by The Verge’s Joshua Topolsky last week, and thousands like and tweeted it. Glass generates that intense interest not only because it looks like a window to the future of a less-intrusive, more helpful technology but also because in it, I think, we sense the birth struggles of the new human.

Because let’s face it — this omnipresent and desperately-striving-for-omniscience technology is not going to stop with glasses or connected bits of glass and metal that perch on or hang off our bodies. Fifteen or 20 generations of glasses later, we’ll have a Google Contact. We’ll lose the ‘borg and regain our bodies. After that it will be implants, running off energy your body provides. Juiced will mean something entirely new.

But that’s all far in the future. Right now, the most immediate corporate target of Glass is your iLife.

Not that Google is doing this solely as a kill-Apple project. That would be thinking far too small. Google wants to invent the future of humanized technology, which is why it’s ironic that the first response to Glass is so often a comment on the alienness of the technology. But while Android is conquering the planet just fine already, it’s a variation on someone else’s theme.

Google wants to invent the next generation of consumer tech the same way Apple has. To beat the innovator at its own game. And with that innovation leap, capture the massive number of consumers who are deep in Apple’s ecosystem pockets. 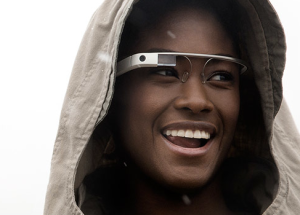 iPhone, iPad, MacBook Air: I have all three. iMessage keeps messages synced between the three, and iCloud transfers photos and documents and calendars from device to device to device. iTunes songs play on my iPhone and iPad, and on my MacBook if I wished to use up some of that precious SSD hard drive. Or I could play them off iTunes if I paid for Match. My apps are mostly purchased on iPhone and automatically show up on iPad.

Everything just works, and everything’s connected, and everything follows the same kind of design thinking and execution, mostly. I’m in the Apple garden, and a very nice garden it is indeed. But make no mistake: Gardens have walls, and not just Apple’s garden.

There are only maybe two other gardens that really have a shot at a similar experience: Amazon and Google.

Amazon is moving aggressively into the cloud, builds its own devices on frankenDroid, has apps on every major platform, and automagically syncs your life between everything. Amazon’s garden, however, is one of watching, reading, or playing. In short, it’s a consumers’ paradise, but it’s only half the equation.

Google’s garden is perhaps the most interesting one. It’s not quite as complete or as seamless as Apple’s, but gaps in the walls allow occasional forays by invading partners bringing strange and wonderful and awful fruits of distant lands. It’s desktop (Chrome) and phone (Android) and tablet (Android). It’s cloud, with contacts and calendars and email seamlessly appearing when and where expected, and it’s content, with apps and music and movies and more. And, more so than Apple’s, it’s a producer’s garden: Docs and office apps included, by default, for free.

But Apple’s garden is so nice, so designed, so human, and Google’s has some glaring flaws. So it’s hard for Apple investees to emigrate. As someone somewhere has said, it’s not enough to be better when you want to make someone switch. You have to be much, much better. Oh, and different helps too.

Google has said that Glass will work with smartphones, including Apple’s. But that will depend on Apple’s willingness to play nice — not a corporate strong suit in Cupertino. And it will make Apple technology a client for the first time in a very, very long time.

Perhaps iWatch is Apple’s answer. Perhaps the battle will be between the face and the wrist. If that’s the case, my bet is on the face. A watch is certainly less obtrusive, and it’s easier to check a wrist than to haul the phone out of the depths of a pocket, turn it on, unlock it, find an app, do something, and see something.

But a virtual screen overlaying reality, available while you’re doing other things, continuously backgrounding and foregrounding as needed?