The search giant this afternoon sent invitations bearing the phrase “I <3 NY” and the hashtag #madebygoogle to VentureBeat and a host of other media outlets, which honestly doesn’t give us a lot to go on. Given the increased frequency of Pixel 3 and Pixel 3 XL leaks this past month, though, there’s a good chance Google’s hotly anticipated pair of flagship smartphones will make an appearance. 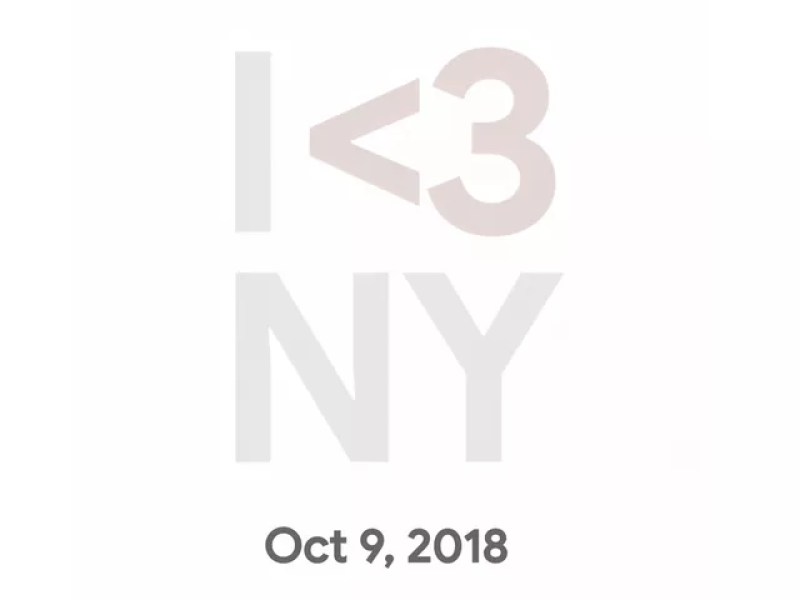 If the rumors are to be believed, they’ll both have dual front-facing cameras, wireless charging, stereo speakers, Active Edge shortcuts, Android 9.0 Pie (the latest version), Qualcomm’s speedy Snapdragon 845 system-on-chip paired with 4GB or 6GB of RAM. And that’s pretty much where their similarities will end.

Bloomberg reports that the Pixel 3 XL will have a notch not unlike Apple’s iPhone X, if potentially a bit wider. The new phone is said to sport a larger screen than the 5.4-inch Pixel 3, as the “XL” label implies, with an edge-to-edge design and a 19:9 aspect ratio.

Add to this fall hardware lineup a second-generation Pixelbook, with smaller bezels, scheduled to ship before the end of the year.

Of the product lineups most likely to see a refresh, the Pixelbook is a top contender. VentureBeat contributor Evan Blass tweeted in July that a Pixelbook 2 with smaller bezels is due out “before the end of this year,” and according to 9to5Google, it’s detachable — it’ll work free of its keyboard base as a tablet. Other highlights include a 2400 x 1600 screen resolution, two USB ports, and a low-power variant of Intel’s Kaby Lake processor family.

We’re hoping to learn more about Google Coach, a rumored multiplatform Google wellness service powered by AI. Android Police reported earlier this year that it would deliver fitness and activity insights proactively and keep track of nutrition and calorie intake.

One thing we won’t see is a Google-designed Watch running its smartwatch operating system, Wear OS. Miles Barr, the company’s director of engineering for Wear OS, told Tom’s Guide in an interview that there are no plans to release a wearable this year.