Google has been toying with notifications in Chrome for years. Chrome apps and extensions have supported push notifications on desktop since May 2010 (added in Chrome 5, for those keeping track). More recently, web pages gained the ability to send push notifications to Chrome users via the emerging web push standard in April 2015, with the release of Chrome 42. 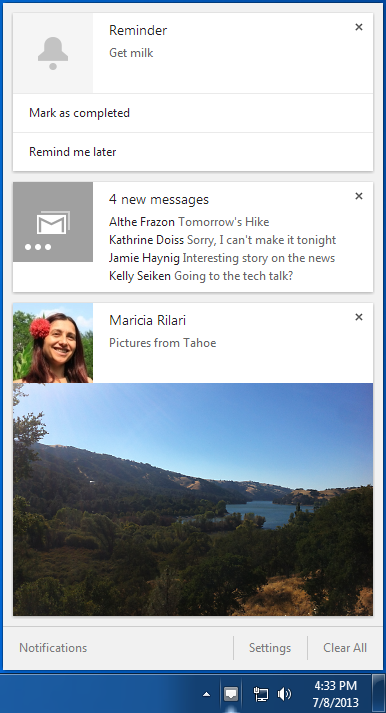 The notification center started showing up in 2013, largely in the hopes of supporting Google Now for desktop. It even worked when Chrome was closed. Google wanted to help users keep track of notifications, especially so they could catch up on information that apps and extensions had sent while they were away.

In fact, many Chrome users (myself included) made a point of disabling the notification center immediately. Having the browser bother you outside the browser was simply annoying.

Google said this change will take effect for Windows, Mac, and Linux users “in the upcoming release.” To be clear, this is not in reference to yesterday’s Chrome 46 launch — we checked, and the notification center is still there. We thus expect that the notification center will be removed in Chrome 47, which is slated to arrive in about six weeks.