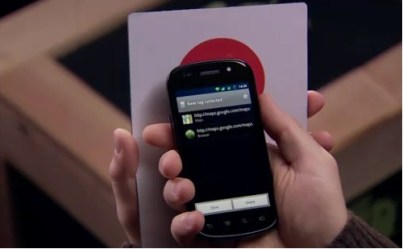 Google is once again throwing its weight behind near-field communications (NFC) technology by joining the NFC Forum, an industry association that has been advancing the technology for years.

The news is yet another sign that Google has high hopes for NFC, which will let you make purchases and transfer information securely using your phone, or other mobile devices simply by swiping the device over a reader. The announcement is especially intriguing since it was revealed yesterday that Google is no longer supporting QR barcodes for Google Places, another technology that can be used for mobile information transfer. We also learned earlier this week that the company has teamed up with Mastercard and Citigroup to implement NFC in Android phones.

Google is joining the NFC Forum as a principal member, the second-highest level of membership in the organization. That entitles Google to appoint a voting representative in the forum’s technical, marketing, compliance committees and working groups. Principal members can also use their own in-house labs for NFC Forum testing and certification, propose initiatives to the group, and designate people to run for positions that would lead committees and working groups.

Chip companies Intel and CSR also raised their membership level in the group to the principal level. In addition to Google, the NFC Forum announced today that it has added 31 new members, including Hitachi and Daimler AG.

Some believe that NFC technology is overhyped, but it’s hard to ignore the confluence of NFC hardware, interested companies, and participating retailers that may finally let it take off. Google included NFC in its latest flagship Android phone, the Nexus S, and we reported earlier this month that it’s begun tests for NFC in New York and San Francisco. Many other companies, including RIM and Nokia, have discussed using the technology as well (though it seems Apple may still be on the fence). Verizon Wireless, AT&T, and T-Mobile also said last fall that they would team up on a mobile payment system — dubbed Isis — for smartphones.