Google today launched its Chrome Remote Desktop app for iOS, some nine months after releasing the tool on its own mobile platform. Like its Android counterpart, the iOS version lets you remotely control your computer using your smartphone or tablet. You can download the new app from Apple’s App Store, though it’s trickling out slowly so you may have to wait before it arrives in your region.

While the app can be useful for remotely accessing your computer from your iPhone or iPad, it can also be used to give a friend temporary access to your desktop. That can be particularly useful if you need help solving a computer problem. 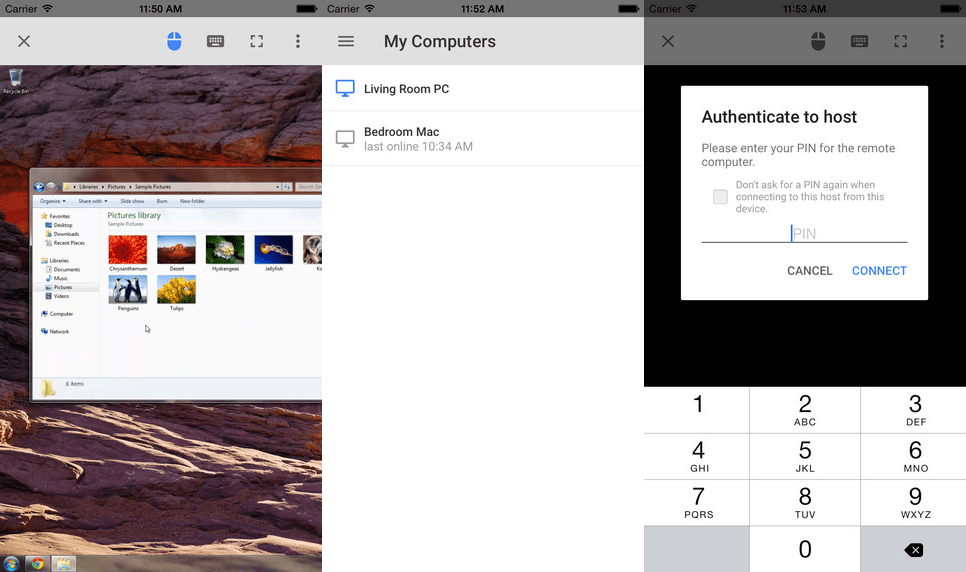 Instructions for use are fairly straightforward, just like on Android:

The app authorizes the connection by generating a code which you must input into your smartphone or tablet. That’s hardly the most secure method available, but in this case security isn’t paramount given that physical access is required for both devices anyway.

Chrome Remote Desktop first launched out of beta in October 2012, but at that point it only let you remotely access your machine from another laptop or computer. Rumors of an Android version first showed up in July 2013, but it was called “Chromoting” at the time.

The “Remote Desktop” name is more familiar, though of course it conflicts with Microsoft’s own offerings. Google hasn’t shared details on how popular its version is, but that might happen later this year now that both Android and iOS are supported, meaning the tool largely covers most mobile devices.

BlackBerry and Windows Phone users should not hold their breath.