Google today announced a few useful additions to Gmail on Android. Two longtime features of Gmail on the Web are now being ported over to Google’s mobile operating system.

That thing that lets you tell Google if you’ll be attending an event that you’ve been invited to? Google calls it instant RSVP. And it’s finally gone mobile.

“Calendar invitations from both Google Calendar and Microsoft Exchange now include a one-tap option to respond and show your schedule. No more opening up separate apps, just to see if you can squeeze in a meeting,” Google product manager Matthew Izatt wrote in a blog post. 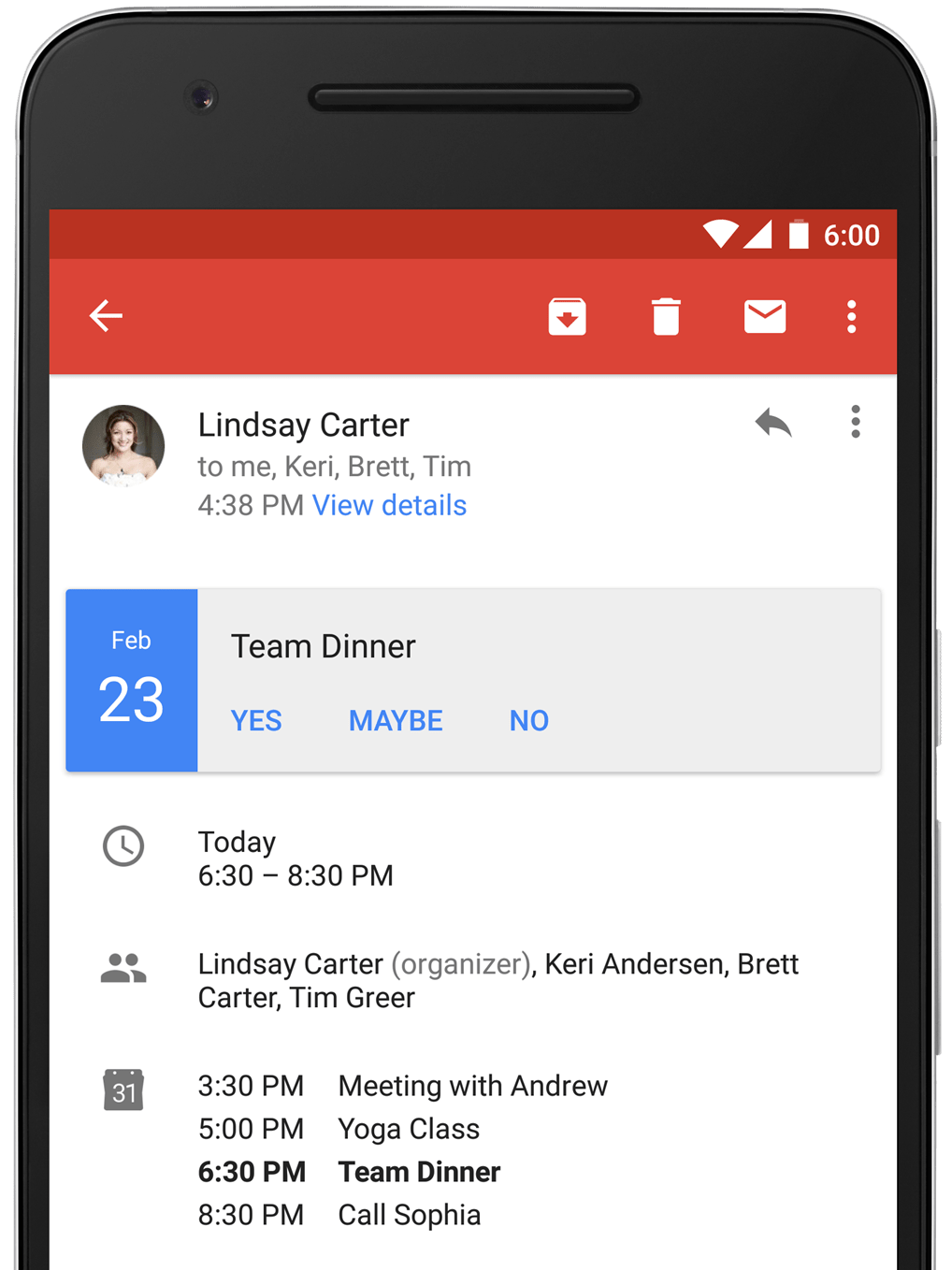 Above: The new instant RSVP feature in Gmail on Android.

The other launch is good old rich text formatting.

“Now you can add bold​, italic, underlined, colored and highlighted text to your email — all from inside the mobile app,” Izatt wrote. “These new options are great for making a point or emphasizing what’s important.” 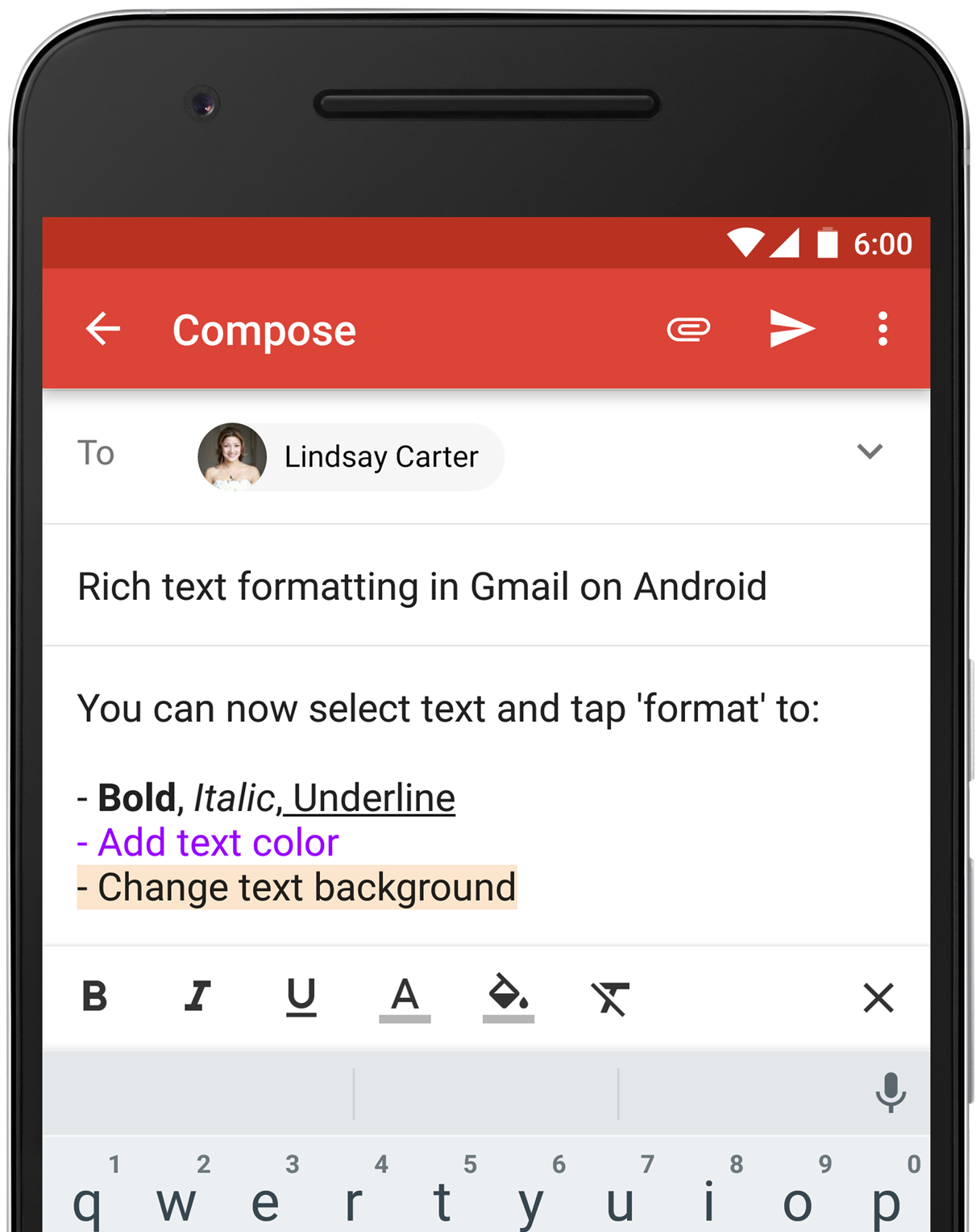 Above: The new rich text formatting capability in Gmail on Android.

With more than 1 billion active users, Gmail is one of Google’s most popular services, so these little updates do matter. Other recent Gmail updates include support for Outlook and Yahoo mail accounts and alerts when you’re composing a message to someone whose email provider doesn’t support TLS encryption.

Today’s new features will be coming to iOS in the near future, a Google spokesperson told VentureBeat.